There has been a lot going on and so my announcement of the prestigious Board Game Review Game of the Month has been delayed until now! My perfectly valid excuses include two Kickstarter previews that needed to take priority, my website turning one year old, and the filming of the inaugural Nick and Jim Show. It was also George’s 10th birthday! Competing with a television in his bedroom for best present was Kluster, the latter has quickly become our game of the month for February.

It’s a game centred around magnets. I don’t think it is just me that thinks magnets are cool. In fact I think they are super cool, but appreciate I am probably being over enthusiastic about them. While on the subject, I understand the principles of them, but still don’t actually understand how magnets work. I think it is magic. Musings of magnets aside, Kluster was an instant hit. 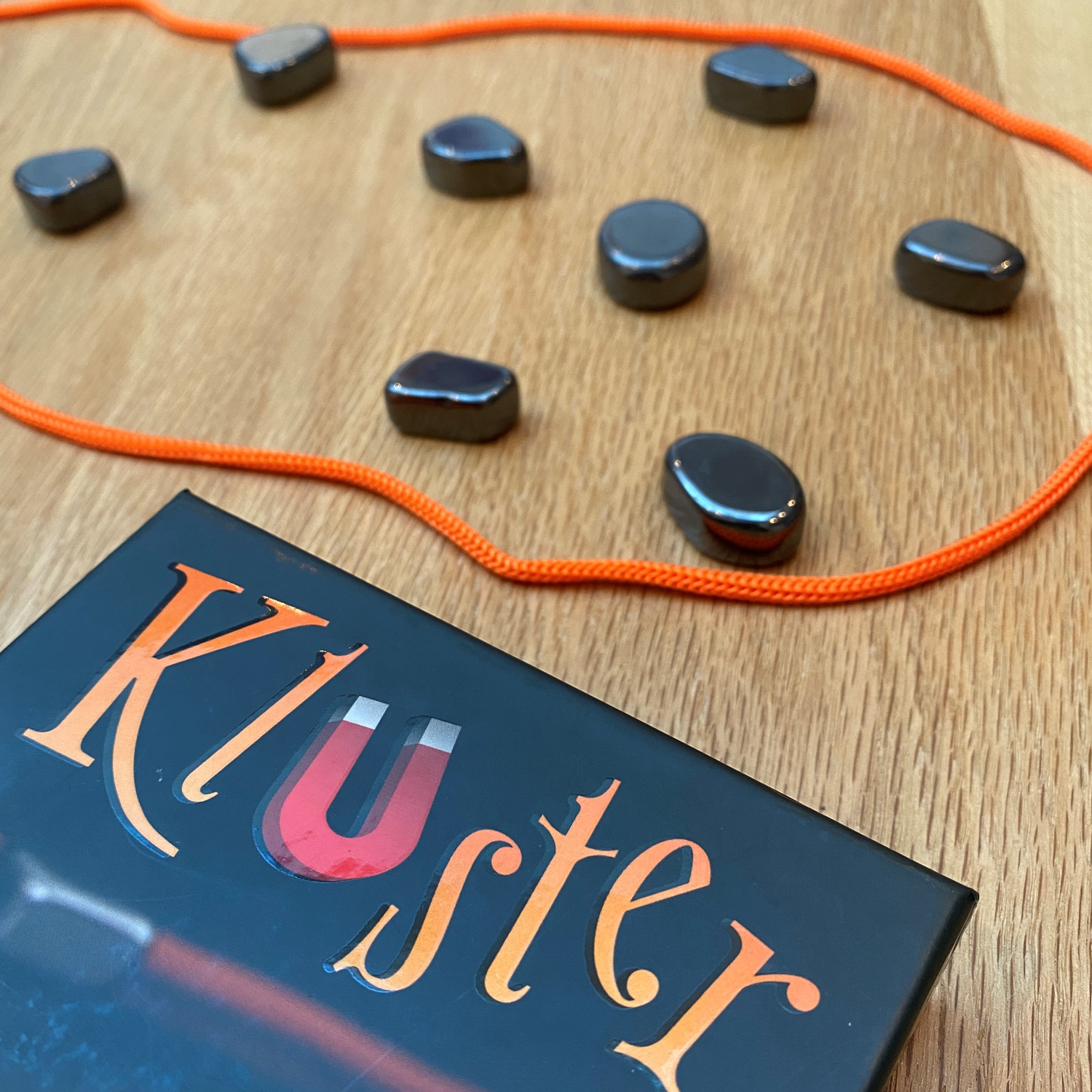 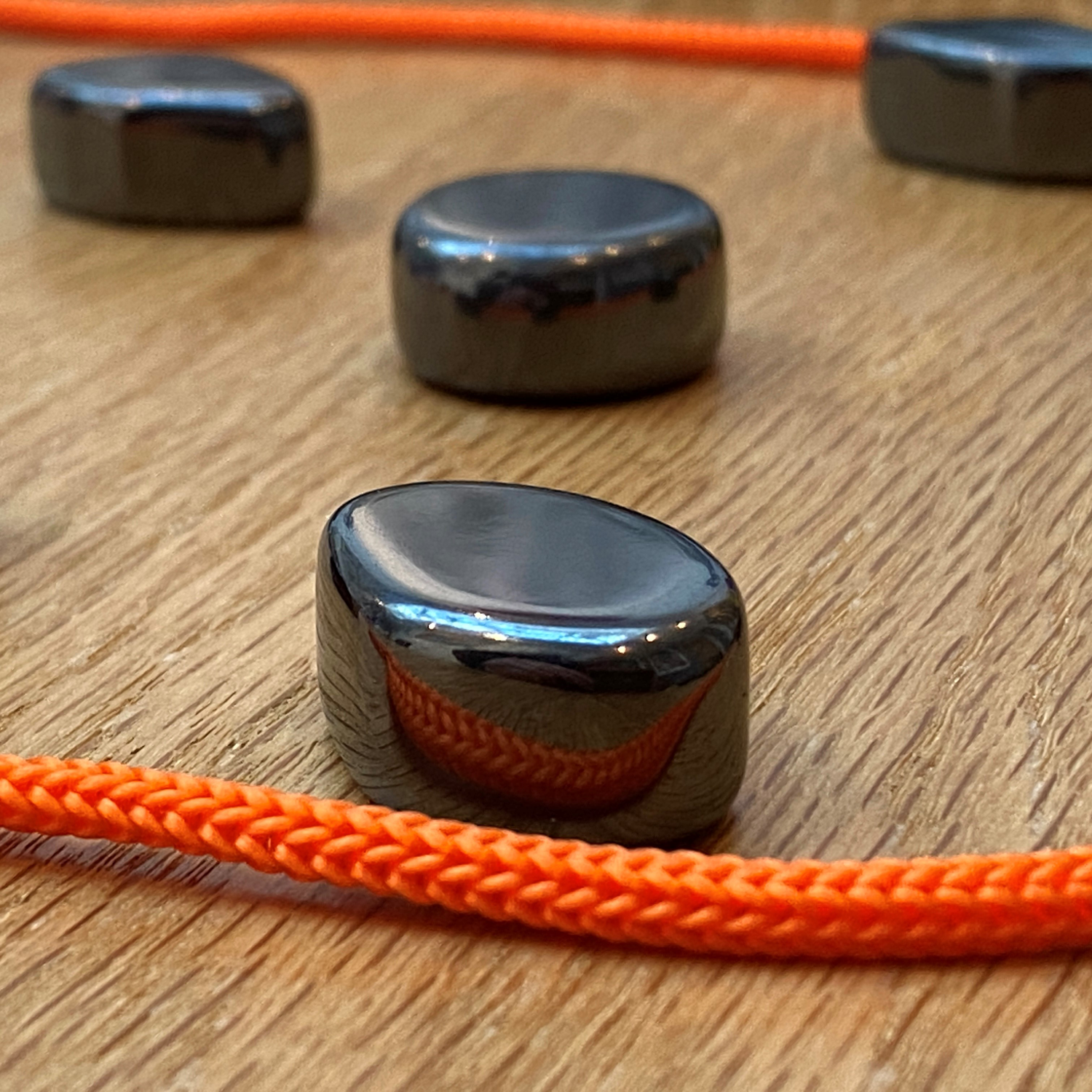 Ripped from its shrink within minutes and being played after only seconds longer. Kluster is a breeze to pick up and play. Divide the magnets equally between the two to four players (or five if you want to be rebellious like me). Lay out the cord on a surface, ideally a smooth one and you are set up!

Each player takes it in turn to place a magnet inside the looped cord. If during the placement of a magnet any magnets attach to one another, your turn is over. Any magnets clustered together must be taken by the current player. The first player to successfully place their last magnet is the winner. 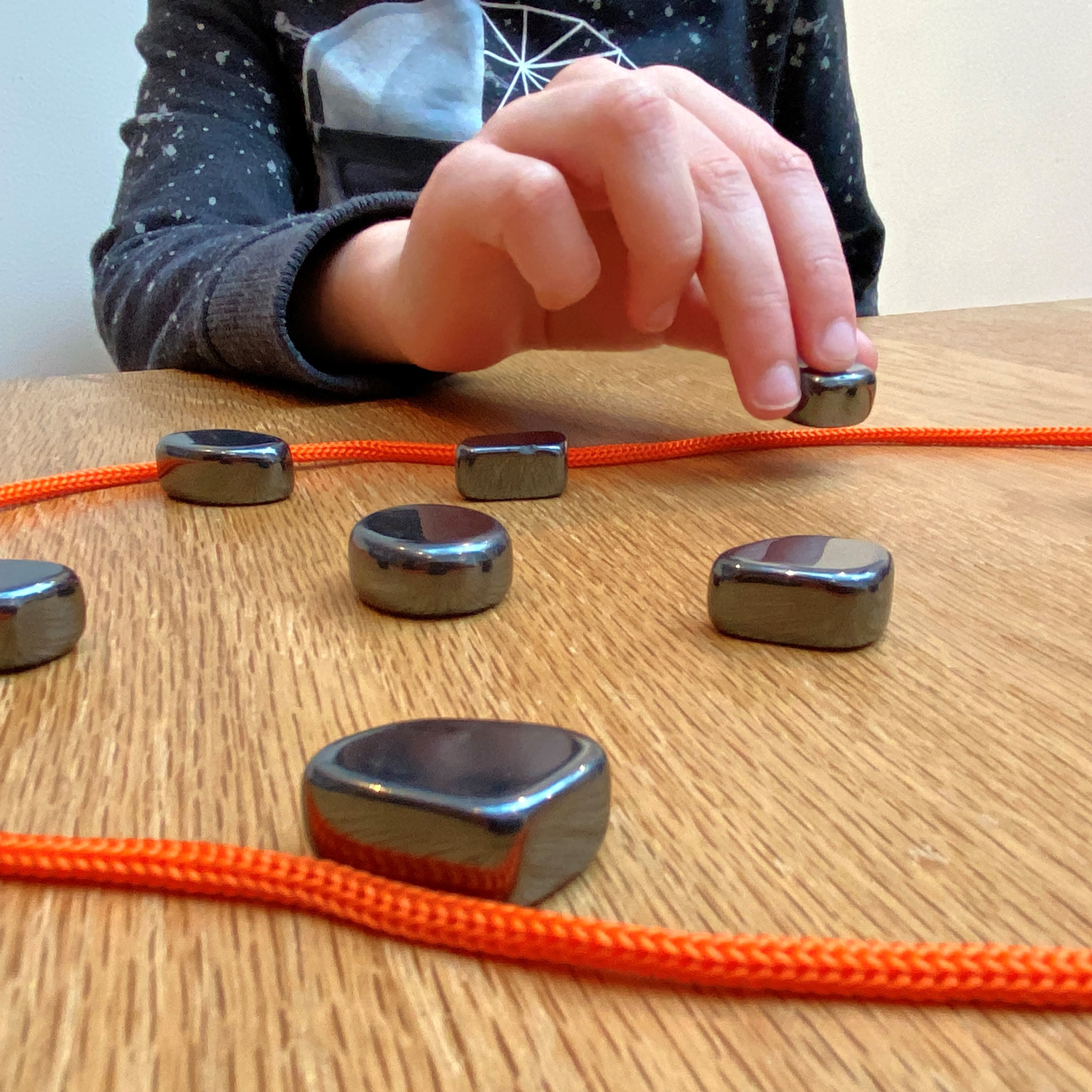 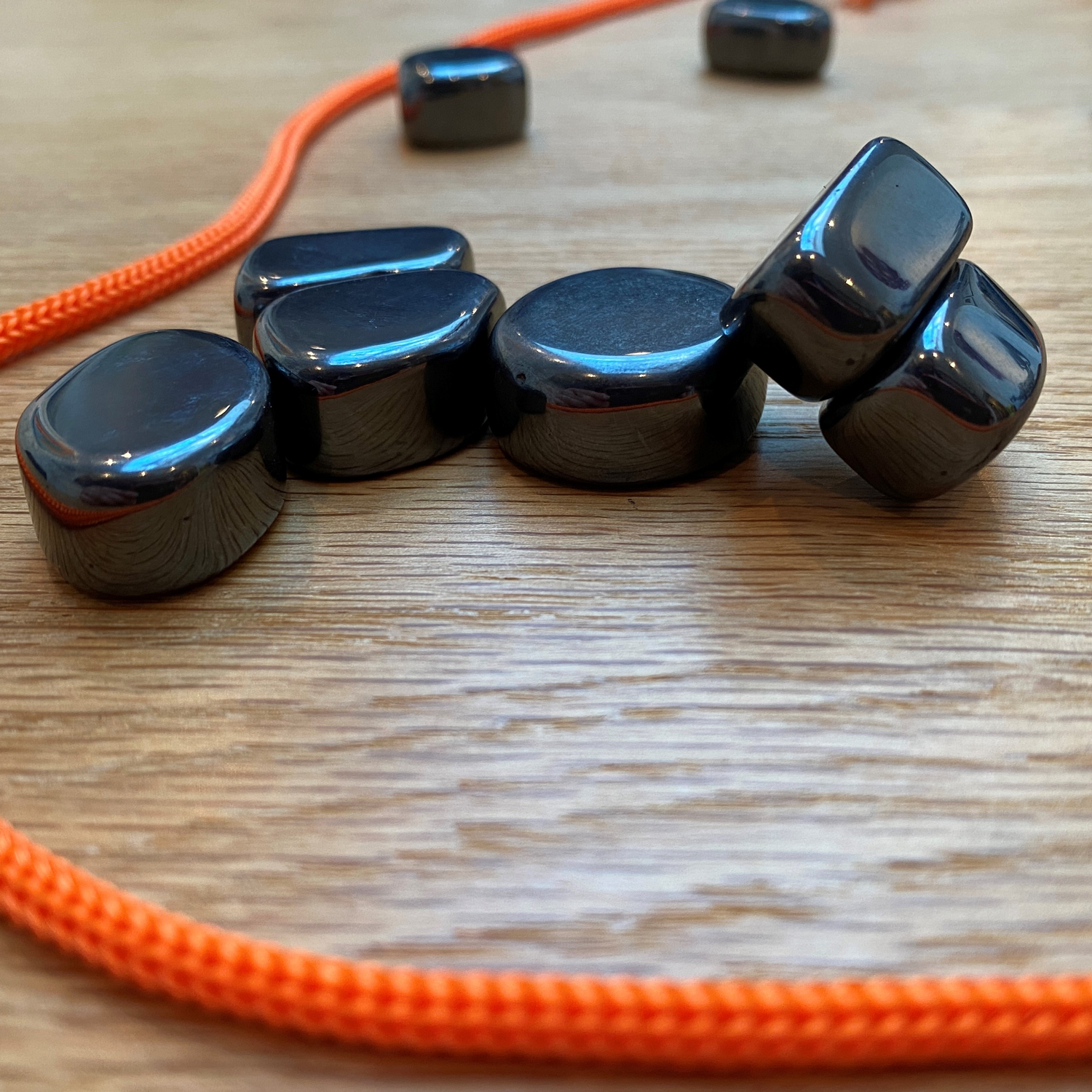 As an advocate of schadenfreude, I get great delight when other people’s magnets attract to one another. I get similar joy from the noise they make when they clunk together! I am not here trying to pretend this is a deep complex game. After all, it’s 14 age rating is more to stop younger people eating the magnets, rather than a reflection of its complexity! It is however, five to ten minutes of great, simple fun for all to enjoy. Sometimes, that is all you are in the mood for or have time for. It is those reasons that sees Kluster become the Board Game Review Game of the Month for February!

Buy Kluster from
Out of Town Games 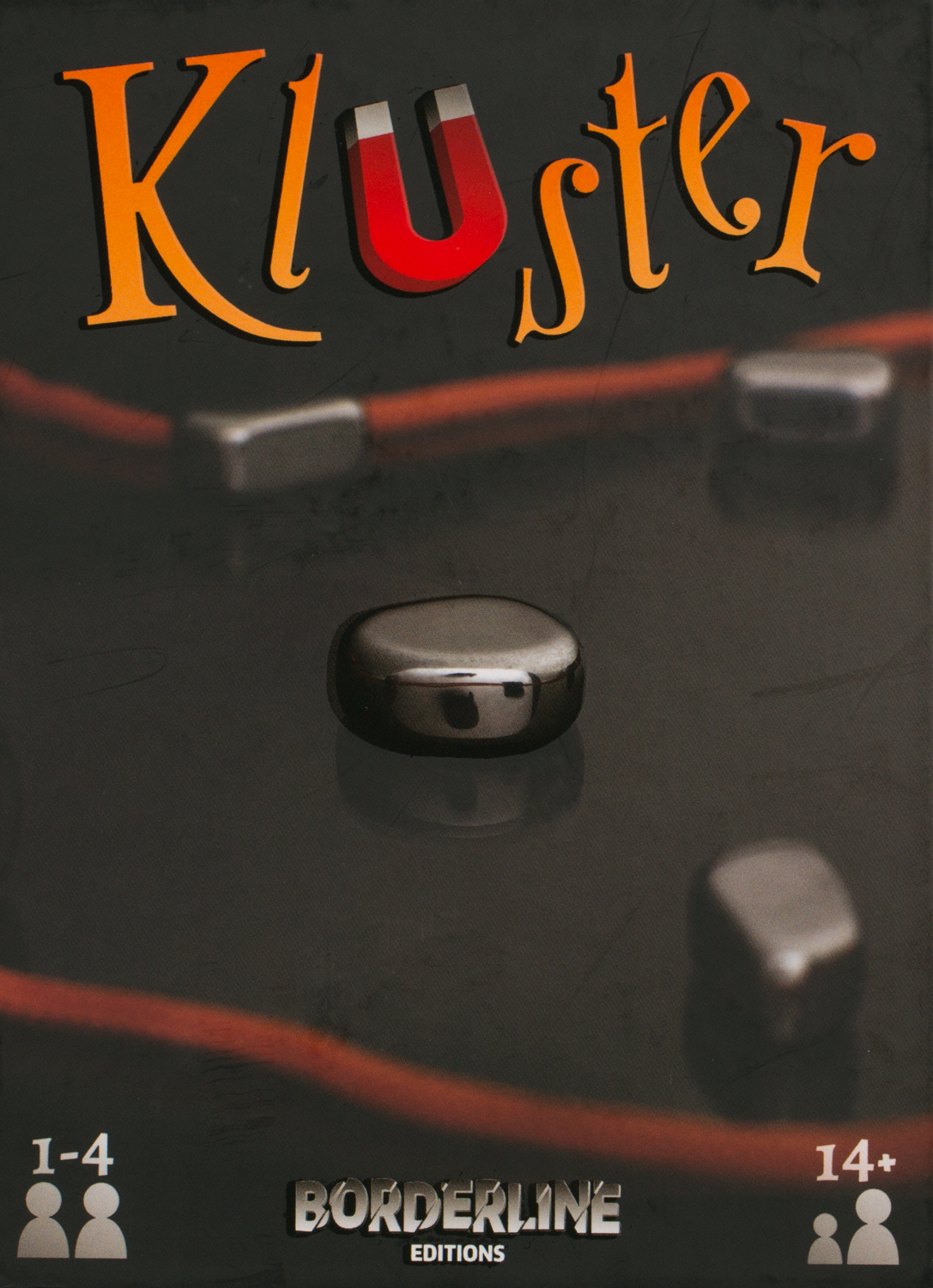 Clash of the Ardennes Preview The Nick & Jim Show – Episode 2: The Revenge of the Gnome

Sprawlopolis, Game of the Month – March 2022