September was mega for board gaming! I met up with an influence of Instagrammers (I presume that is the collective noun for them) and had an incredible weekend of rolling dice, playing cards and stacking meeples. Not only that, ten games were ripped from their shrink and got to the table. Not only THAT but I turned twenty-one again (literally it was my 42nd Birthday).

So amongst the 81 games I played, one sparkled and glistened above the rest. Perhaps surprisingly it was Meeple Circus. I had my first play of this at Draughts, a board game café in Waterloo, with my family. We had an excellent time: the food was brilliant, the service was excellent and the selection of games was very good indeed. Anyway, among the happy buzz of the café, we played Meeple Circus and it was a hit with all of us. So much so, I placed it on my birthday list that day. 9 days later it turned up wrapped in meeple paper. I was chuffed to say the least. 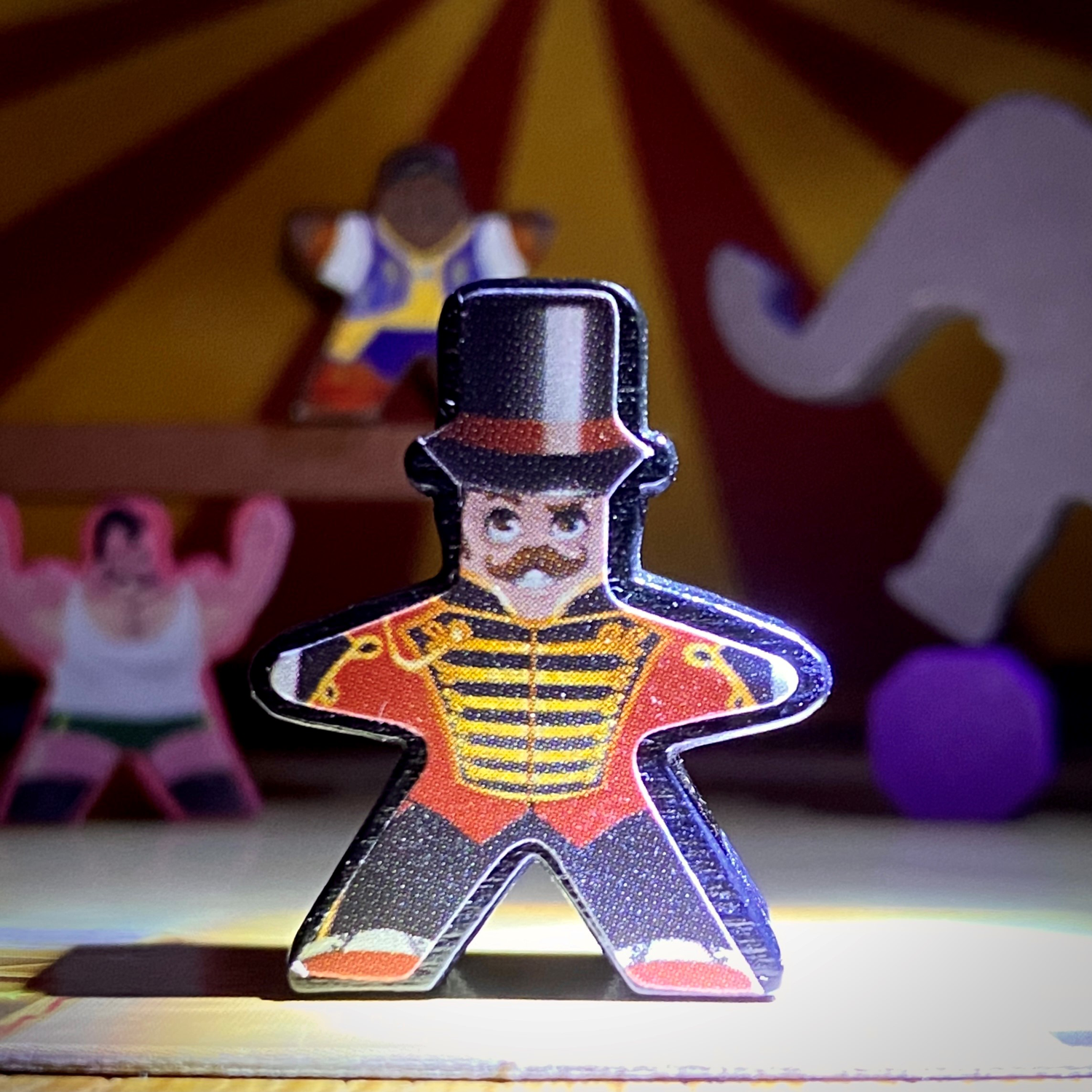 So why has this captured the coveted title of Game of the Month? Well, you know when you are playing a game and you start stacking your meeples (don’t even pretend you haven’t). Meeple Circus makes a full game of it. Played over three rounds, with an amazing final performance round injected with a bit of silliness. 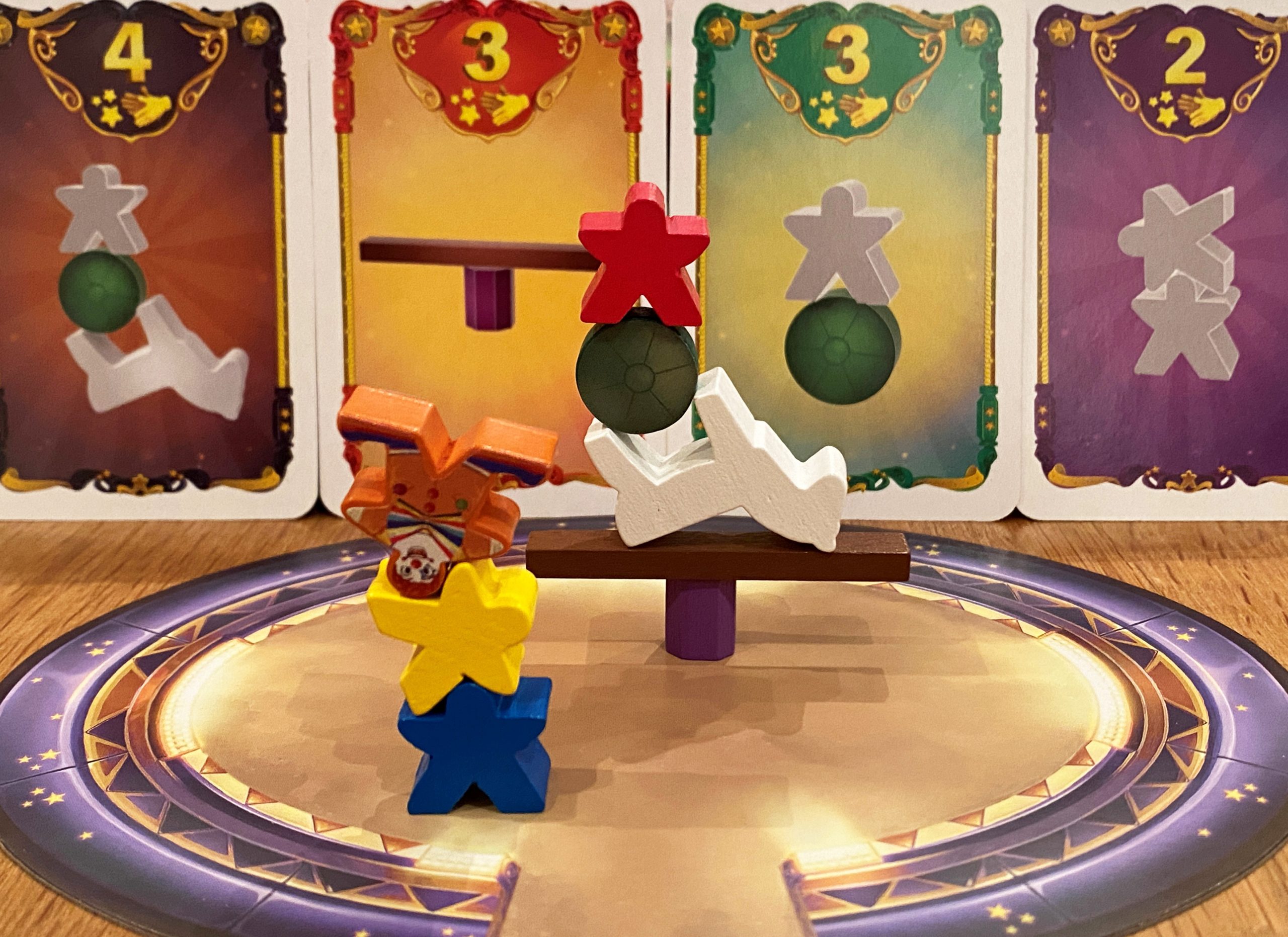 The first two rounds everyone plays at the same time to a two minute timer. The third round is the final performance where each player takes their turn in the spotlight of the other players. During this round each player has an objective, like honking their nose after every acrobat placement. When I played with my son George, he chose the card with the objective to make up a story about the private life of each acrobat. I was surprised that he went for this one, but he did a great job. My personal favourite was his introduction of ‘Colin’, who was ‘a vegan who likes to eat cheese!’ 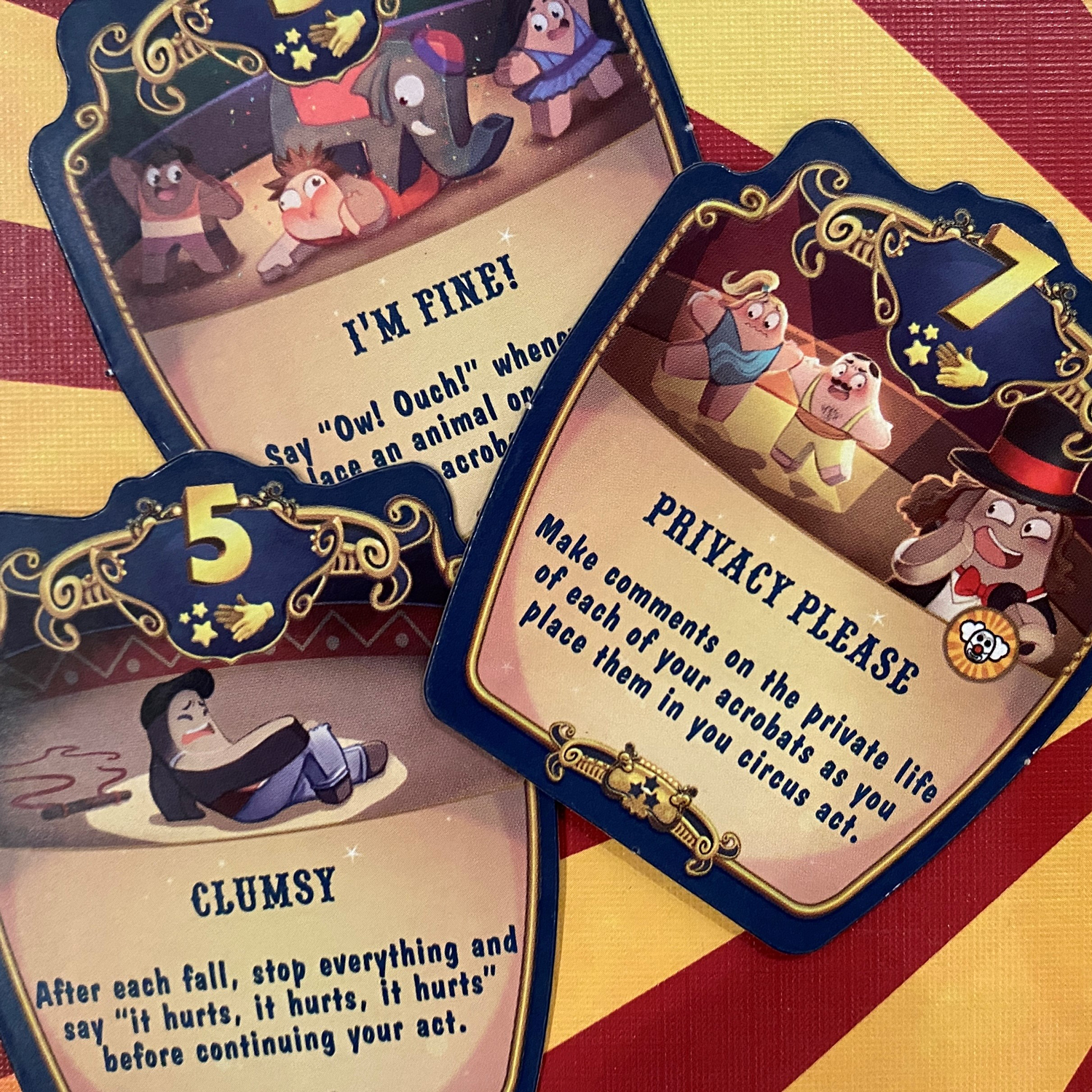 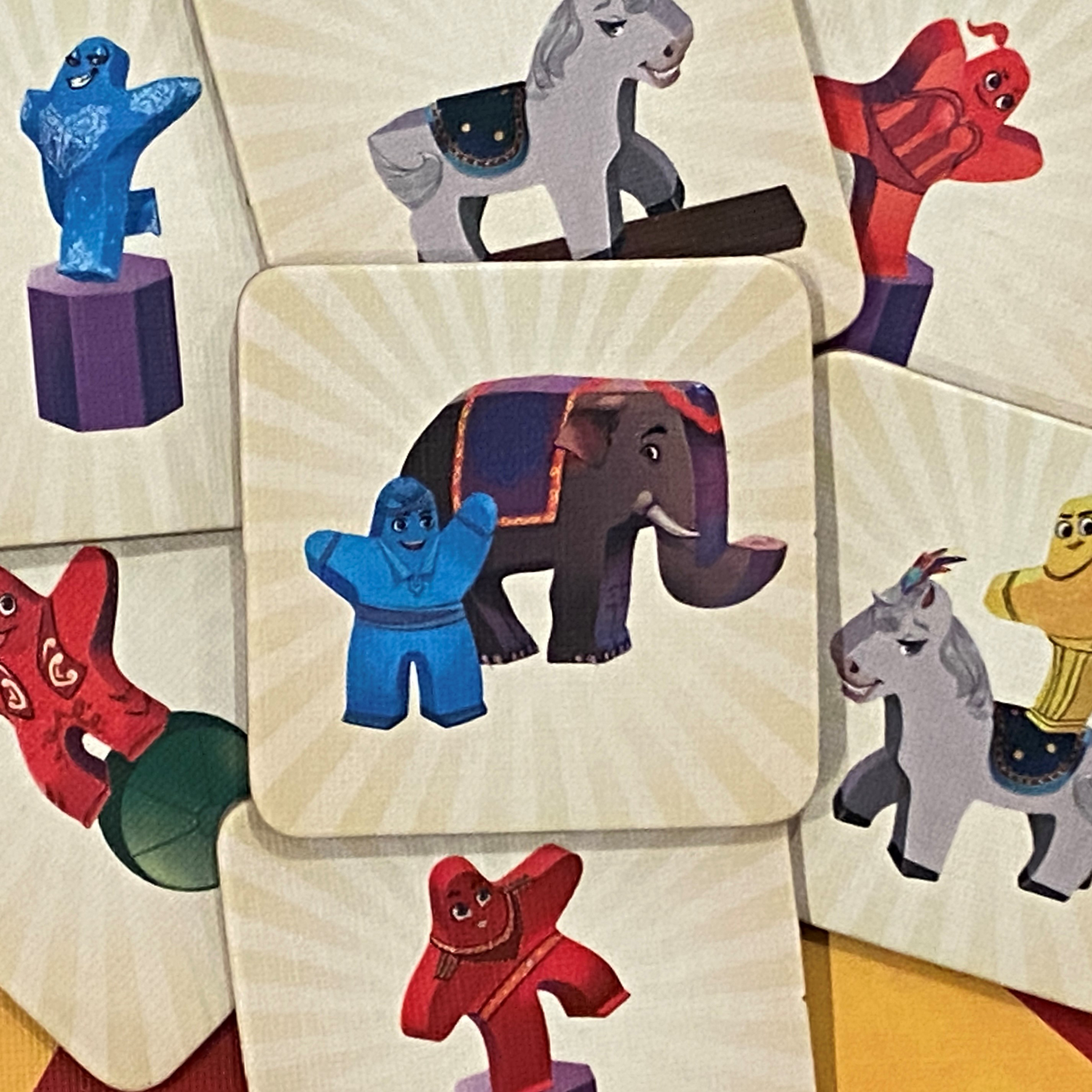 Meeple Circus is by far one of the best dexterity games I have played. Accompanied by the themed musical timers (found with a QR code on the rulebook) this is light and silly fun. When someone else’s towering structure wobbles and crashes to the floor just before the timer runs out it is hard not to laugh. I know I shouldn’t, but schadenfreude is uncontrollable sometimes! Try it out if you get the opportunity, our family and friends are thoroughly enjoying it.

Buy Meeple Circus
from Out Of Town Games 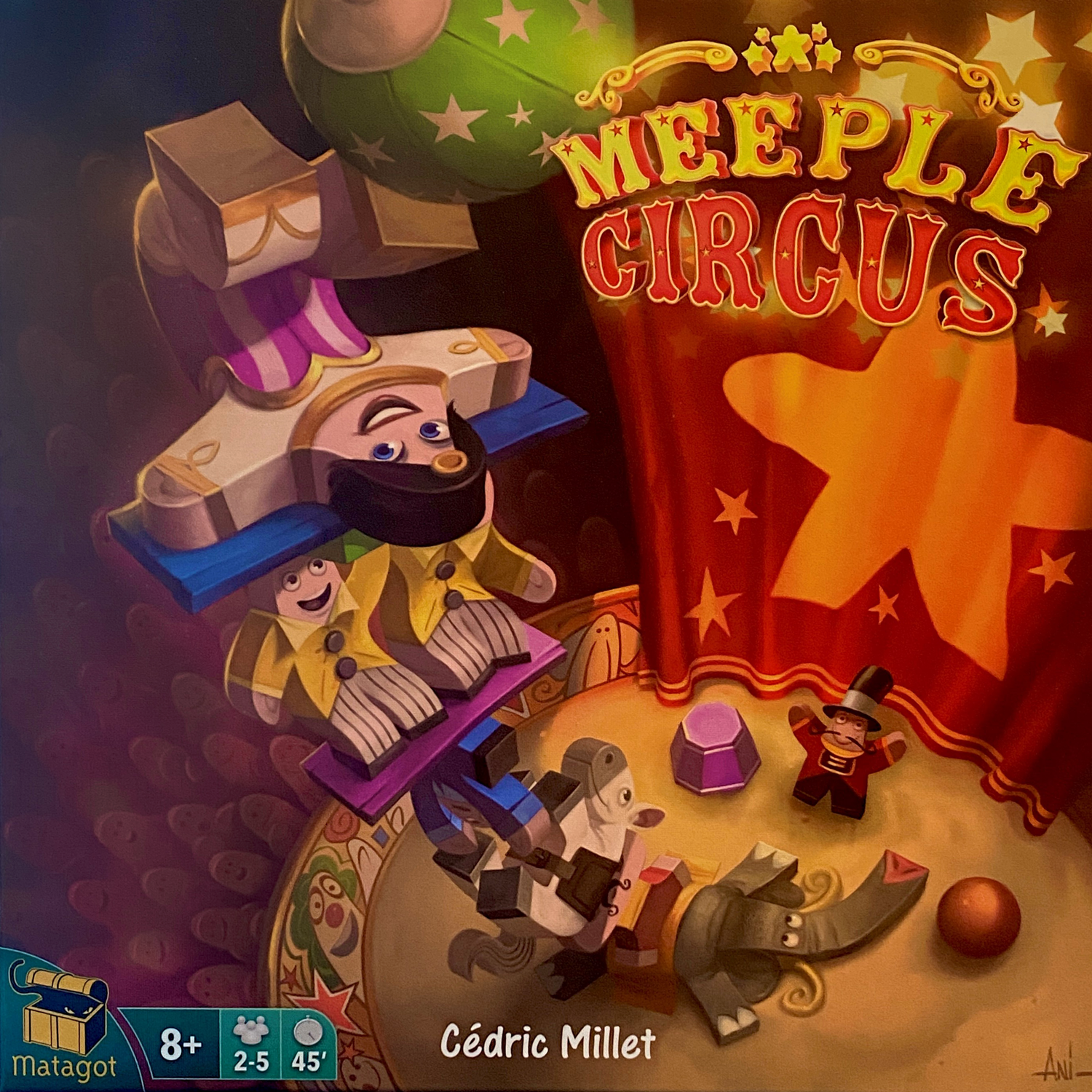 For clarity. We don’t get paid for our reviews. I got given this game from my family who bought it from Out Of Town Games Ltd! Either way, this has not affected our review!