Advert: this game was gifted by Coiledspring Games, this has not affected our opinion.

Ocean Colour Scene sang ‘I see double… up ahead’. Unfortunately they continued ‘Where the riverboat swayed beneath the sun, is where the river runs red. Like a King who stalks the wings and shoots a dove and frees the eagle instead’. It’s a shame because these lyrics don’t actually make much sense and other than the very first line, I can apply none of it to playing Twin It!

If they had altered their lyrics to something like ‘I see double… up ahead, flip a card from your hand, put it on the table and add to the spread, like a game of snap, look at all the cards and don’t be mislead’. This might’ve been a better introduction. They didn’t, so it’s not. Curse you Ocean Colour Scene!

Self-described as a ‘game of frantic observation’ this game is a breeze to set up. According to the tin there are three ways to play. The first will be the most common choice for most. Deal all the cards to all the players. Then take it in turn flipping the top card on your pile and placing it in the table in front of you. Unlike other matching games these do not form another pile but instead get spread across the table. Thus, creating a sprawl of possible matches.

Players then try to be the quickest to find a match by placing a hand on each card. Cards can also be matched with the top card of any players draw deck. The conniving adversary may also match with an already won pair to make a triple match. The player who got the match starts the next round adding to the table of cards. The first person to win five pairs/triples wins.

An alternative gameplay mode sees you team up and requires one player to find half a matching pair and their teammate to find the other match.

The final mode sees a single player spread out all the cards and find as many matches in a minute. 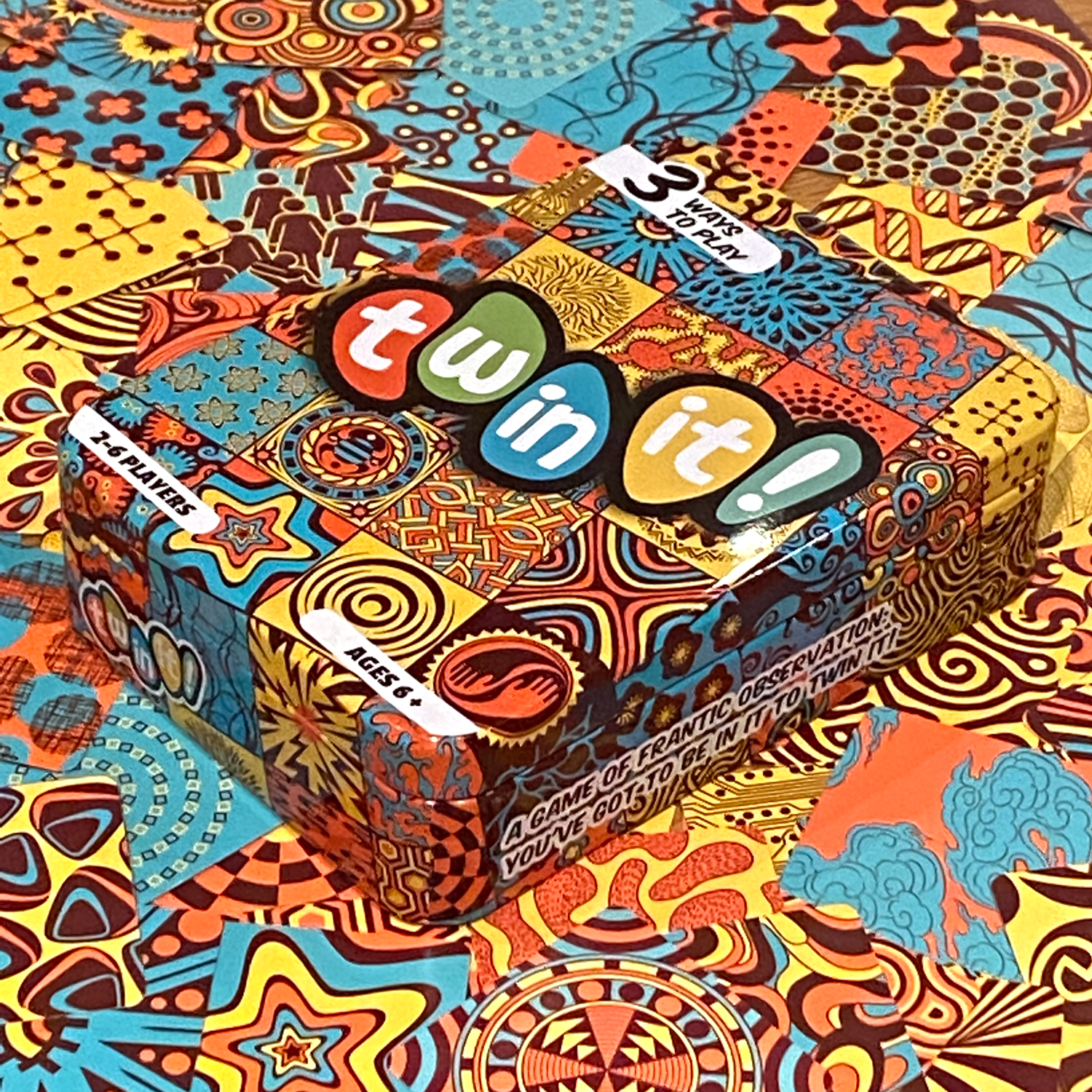 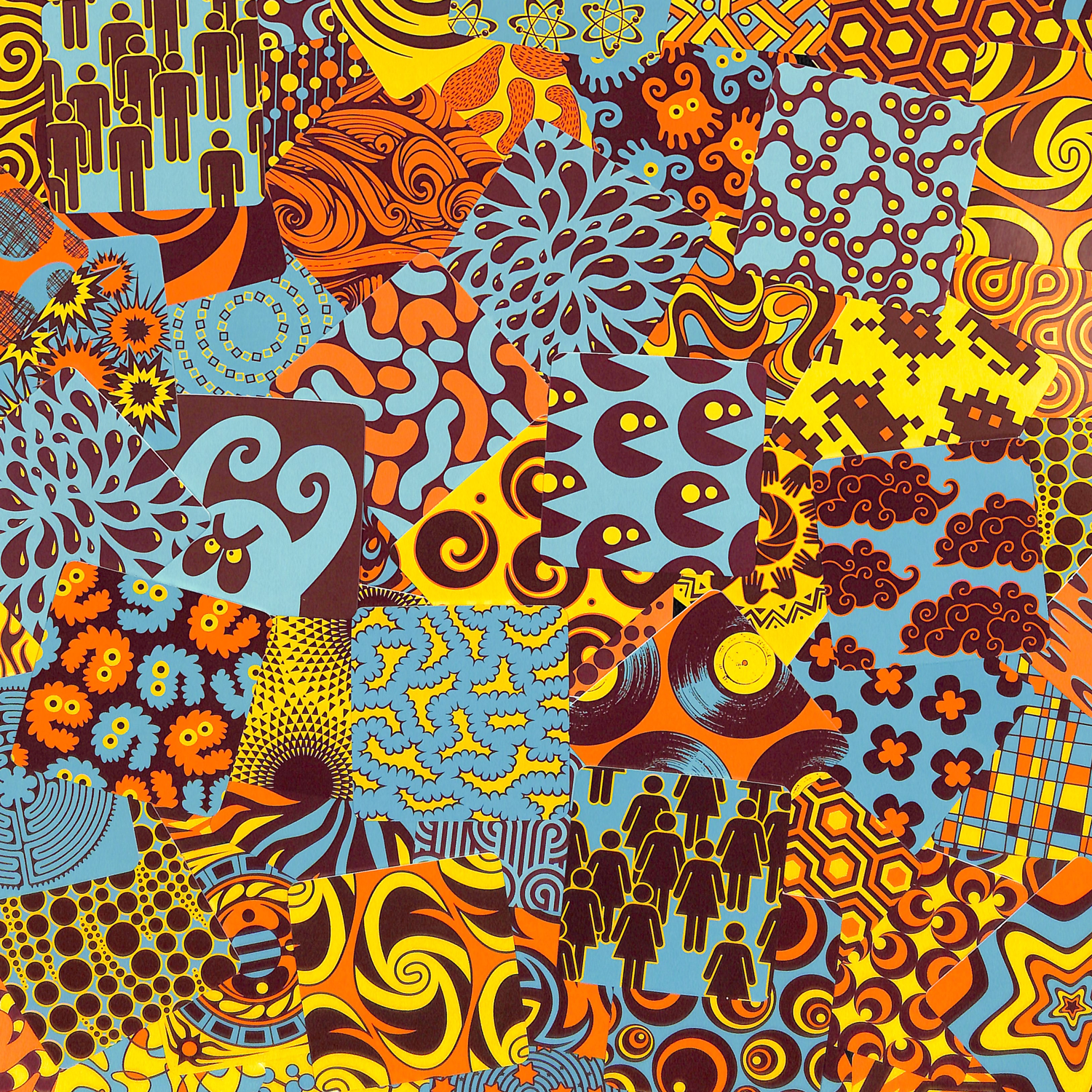 Don’t buy this thinking there are three ways to play, there isn’t. The team game is fraught with problems and you will rarely choose this option. In contrast the solo game mode is actually quite fun. You will get added enjoyment from competing with other players against the clock too. Taking it in turn to get the most matches in a minute is a giggle every so often. However, the main way to play is the most intuitive and most fun.

Whether you want to call it updated, rebooted, refreshed or something else, ultimately this is the next generation version of snap. It is a reaction dexterity game with little skill. Where it excels is in the sheer mass of different cards. These fill the table giving even younger or less observant players a chance to find one that everyone else has missed. When playing Dobble I have always given my children a head start by counting in my head before announcing a match. In Jungle Speed they struggle to compete, especially my youngest, who even if he spotted a pair would be beaten to the totem in the middle. But my five year old does win cards at Twin It! absolutely fair and square. He’s unlikely to win five cards ahead of anyone else mind you, but he is engaged and playing the same game as the rest of us.

In terms of player count the more players the merrier. It’s okay one vs one but it becomes a lot more reactionary than if more of you are gathered around the table.

The cards designs do make the game so much harder than a regular game of snap. They blur into one another and you’ll remember one from the top of someone’s stack that has since been flipped. Play a few games back to back and your brain will begin to melt. 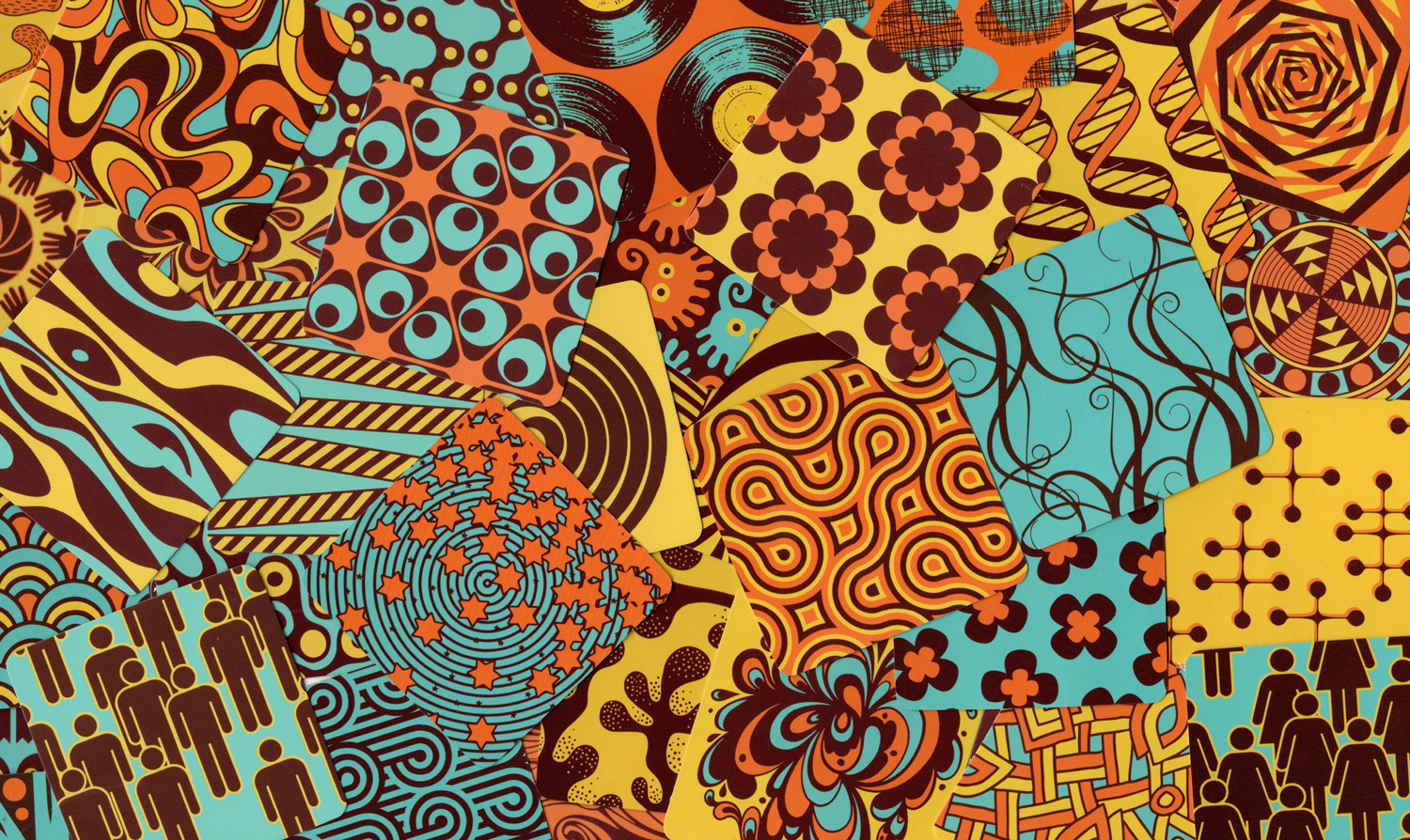 The cards are a good quality. The designs by Thomas Vuarchex are brilliant, morphing from one style to the next and yet never jolting with one another. The limited and bold palette of colours makes it tricky and beautiful all at the same time!

The rules are clear and concise. The tin keeps it all safe and sound.

Reviewers tend to have polarised opinions. A board game has to be amazing or its utter tripe. Well sometimes games are just okay, and there is nothing wrong with that.

I confess that I have struggled to really fall in love with Twin It! It’s a game that is better than okay though, in fact it’s good, but not one that I have a strong opinion on. The game is well thought out and I will happily play if someone suggests it. It will probably get more table time with non-gamers than with board game hobbyists but that’s equally okay.

If you buy Twin It! you will know what you are getting. It is a game you won’t regret buying if you like the fast-paced snap style game. The cards are also really cool!

Twin It! is a beautiful, simple and fun game to play. It has moments where you think it might be better than the standards set by Dobble and Jungle Speed and it definitely has its place in the market as an okay little game.

If you already own Twin It! and enjoy it, or are looking for other inspiration, you might also like these similar games:

Buy Twin It!
from Amazon 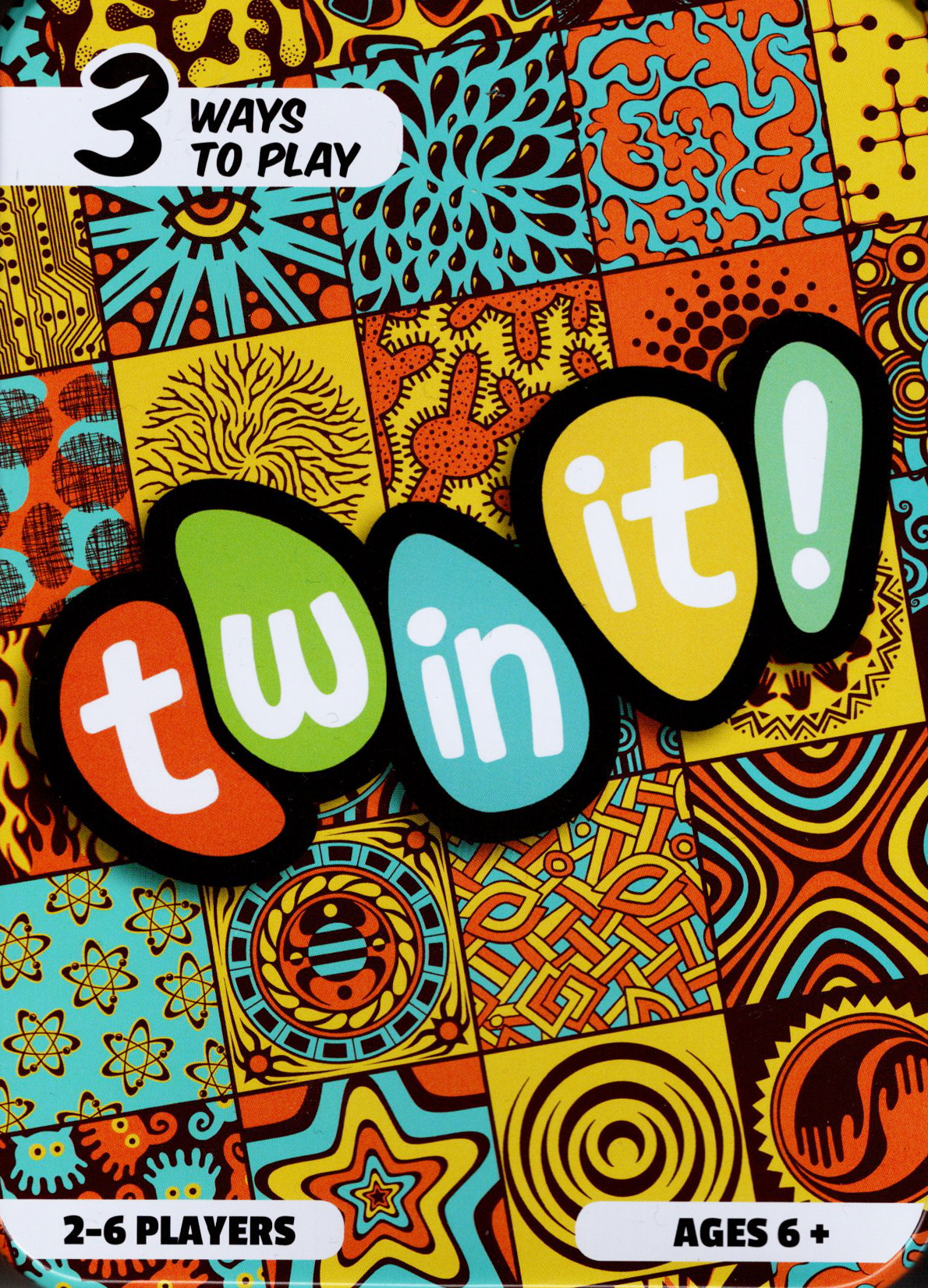 For clarity. We don’t get paid for our reviews. We were kindly given this game by Coiledspring Games, this has not affected our review in any way.