Top Of The Pops Review

“It’s Thursday Night, it’s seven o’clock” rang out most tellyboxes for decades. Top of the Pops was the highlight of the week. During its air time, the show saw televisions turn from black and white to colour, saw additional channels being added and remote controls being invented before throwing in the towel at the beginning of the century. It’s sad to think there are generations of people that won’t know Top of the Pops.

However, Big Potato Games are ensuring the show lives on in its party game reincarnation, so let’s see if it is number one! 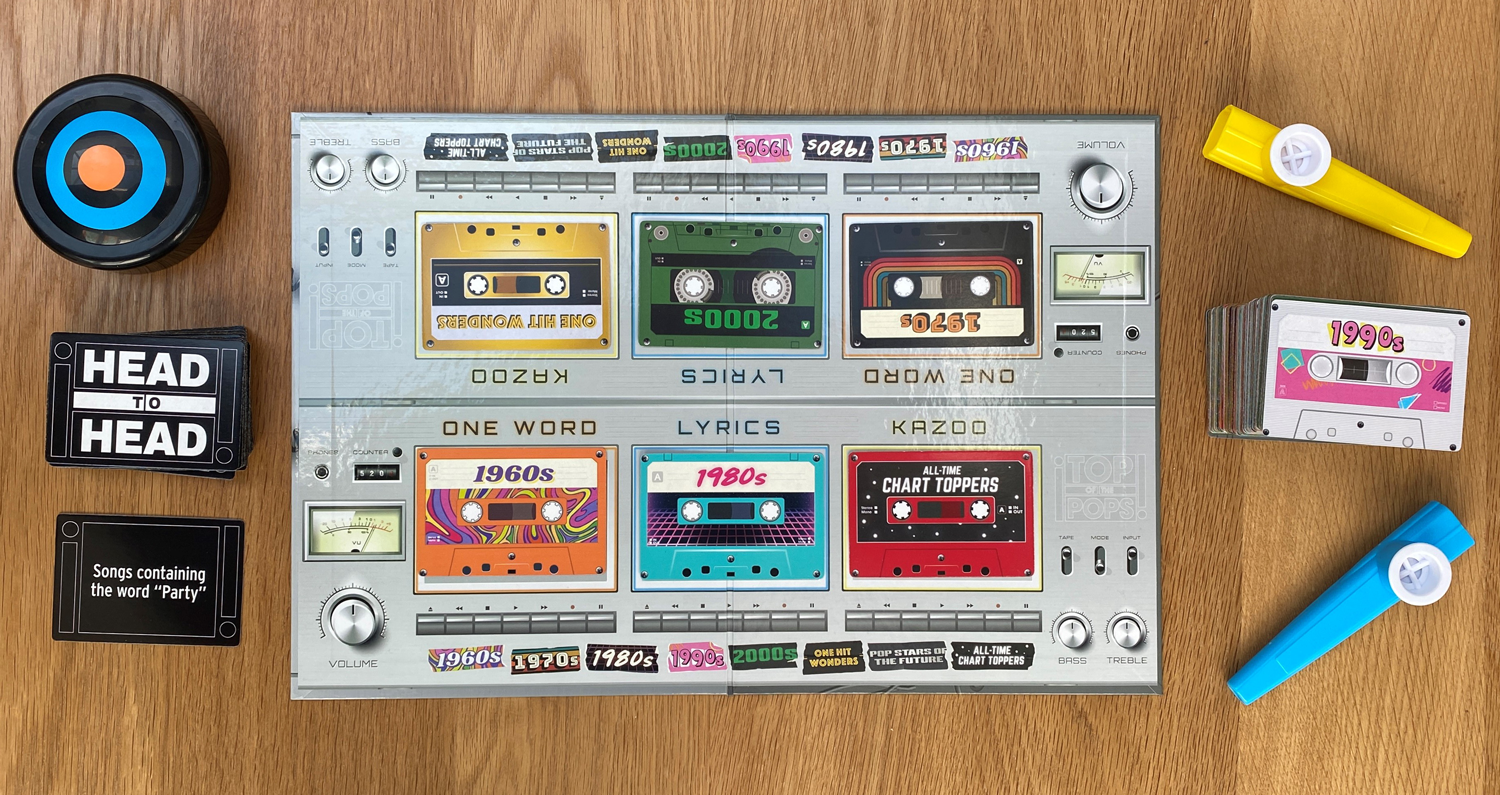 Gameplay will feel very familiar to those that have played (or read my previous review of) Blockbuster, also from Big Potato Games. Top of the Pops is a team game and to win you will need to collect eight cassettes representing different musical genres and decades.

The game is played over as many rounds as required and each round has two phases. The first is the buzzer round whereby one player goes head to head with a member from the opposite team. A question will be posed to both, such as ‘Songs containing the word “Woman”’. Players will bat answers back and forth until one of them runs out of time. The victor becomes the dominant player in the next phase.

Drawing nine cards, the active player will choose three cards. They will have to select one to describe in a single word. One to say a lyric from and another to play out on a kazoo. The other six cards are handed to the opponents’ team for them to select from.

Any cards guessed correctly form part of that team’s collection. Gaining eight different ones will win you the game. Players also have the opportunity to steal cards from their opponents by cashing in three matching cassettes they have won to mitigate the lack of knowledge for certain decades. 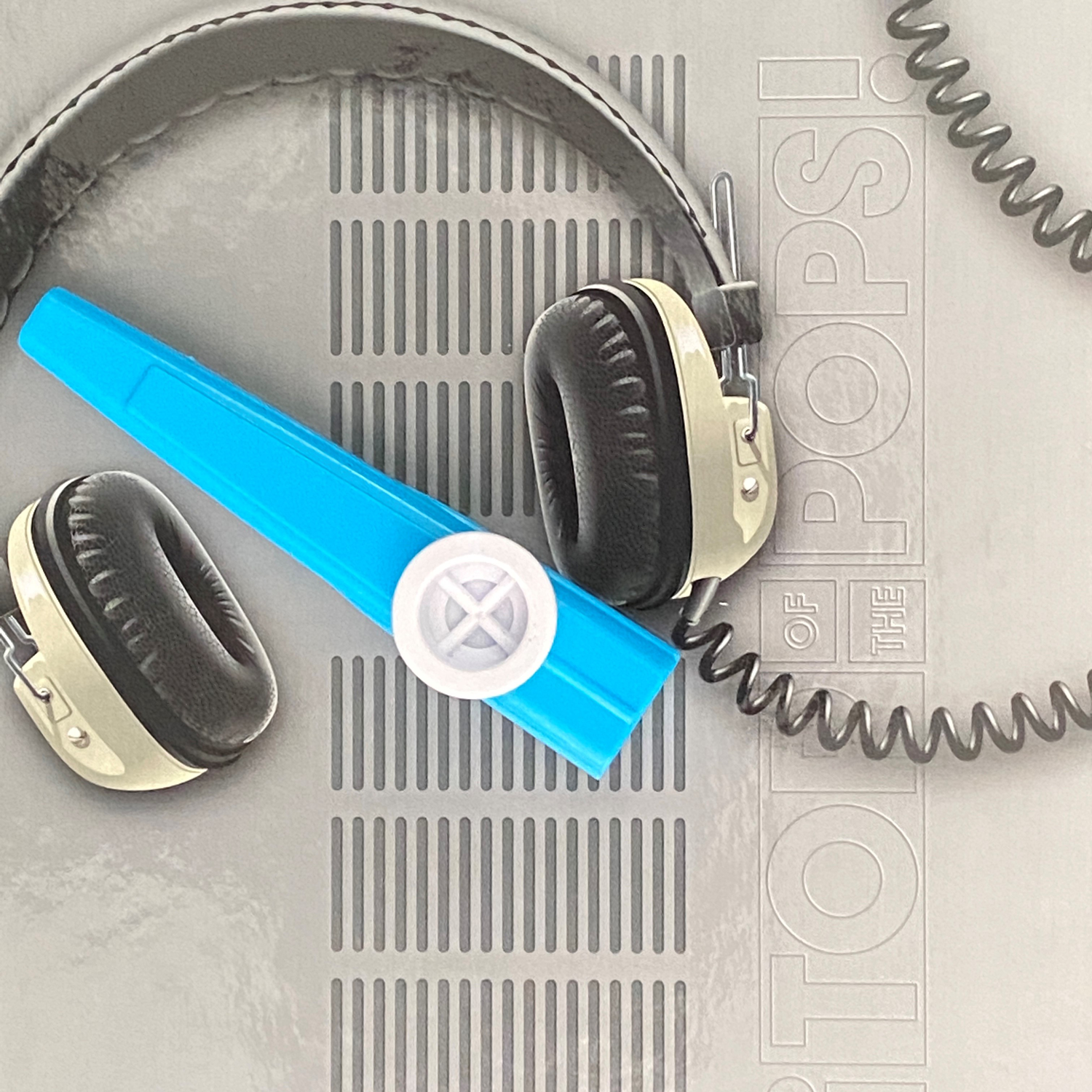 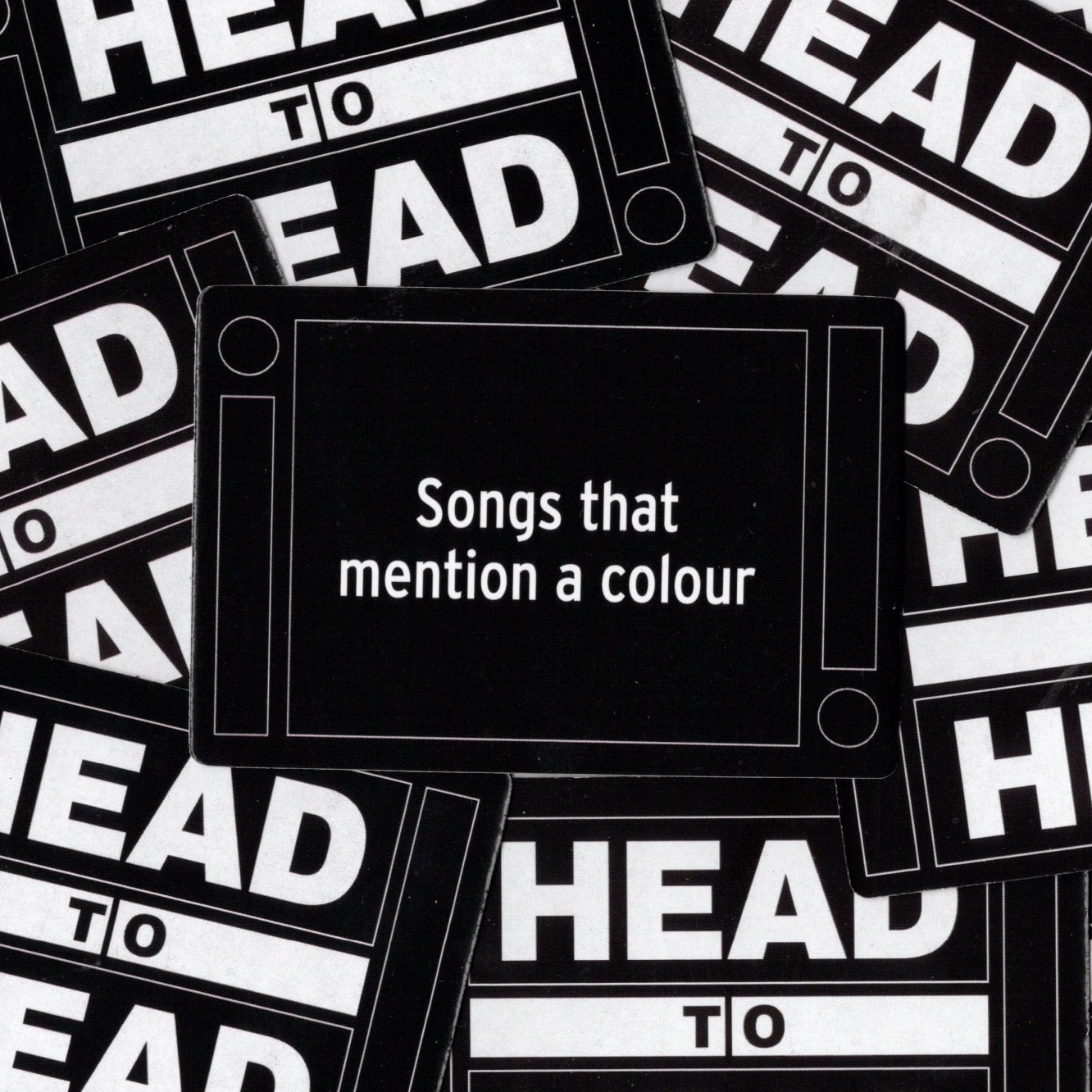 You will need a little bit of music knowledge to participate, but the lyrics round can be transformed into more of a describing round to accommodate younger players or those without the breadth of knowledge.

The head-to-head is a tense battle. Suddenly you cannot think of a single song that has the word ‘dancing’ in its title because of the pressure of the timer. That thing should be used by the Men in Black for its ability to wipe your memory temporarily. In one game, someone answered with ‘Dancing on a Tuesday’ out of sheer panic, the dubious song committee were laughing their heads off until Alexa was asked to play it… And she did. It’s now on the game night playlist! If you’re not in the head-to-head you sit there with a billion songs that you will desperate to blurt out, and probably will, as soon as the round is over!

The next round is where the hilarity ramps up. Incorrect lyrics and baffling one words await. But the crème de la crème is performing on the kazoo. For an instrument that can be universally played, picking it up for the first time in a while can be interesting! My wife, does a little dummy hum every time she goes to play it, much to the amusement of everyone else around the table. 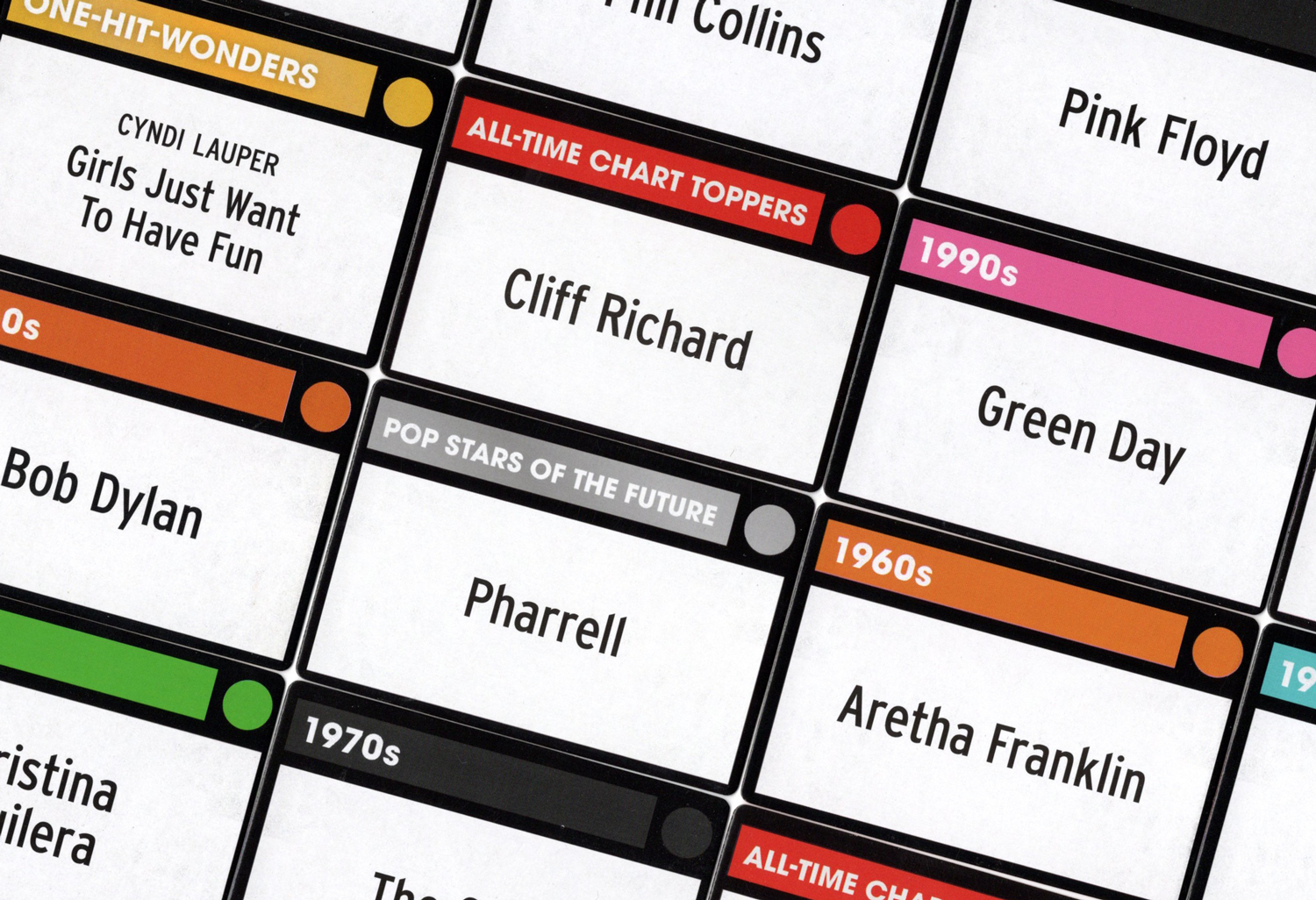 The retro styling of Top of the Pops is brilliant. The cassette deck board and similarly themed cards with their associated styling is fabulous. I personally love the theme.

The instructions are easy to grasp but Big Potato have also produced a very short how to play video too. The timer works as it should, press once for a quick timer for the first round, press and hold for a slower timer for the second round.

The kazoos are sublime in their plastic glory and are among the most entertaining components ever to be included in a board game.

My only gripe is that it really needs more of the second phase cards. There is over 130 cards but drawing nine really does burn through the deck quickly. After a few plays songs will become familiar. In Blockbuster you only draw six cards, this makes it harder for the opposition and reduces card cycling. Therefore mixing teams is the only way to get longevity from the box or adopting six instead of nine cards.

On the positive, Big Potato Games are really leading the way on reducing waste. No shrink wrap can be seen. Instead it is replaced with stickers to hold the lid on and paper wrapper around the cards to keep them in place. Hats off to them, hopefully it will lead other manufacturers in the same direction. I would normally complain that there is a bit of air in the box, but on this occasion I know Big Potato often scale down the size of their boxes after the first print run and also I’m hoping for more cards to come! 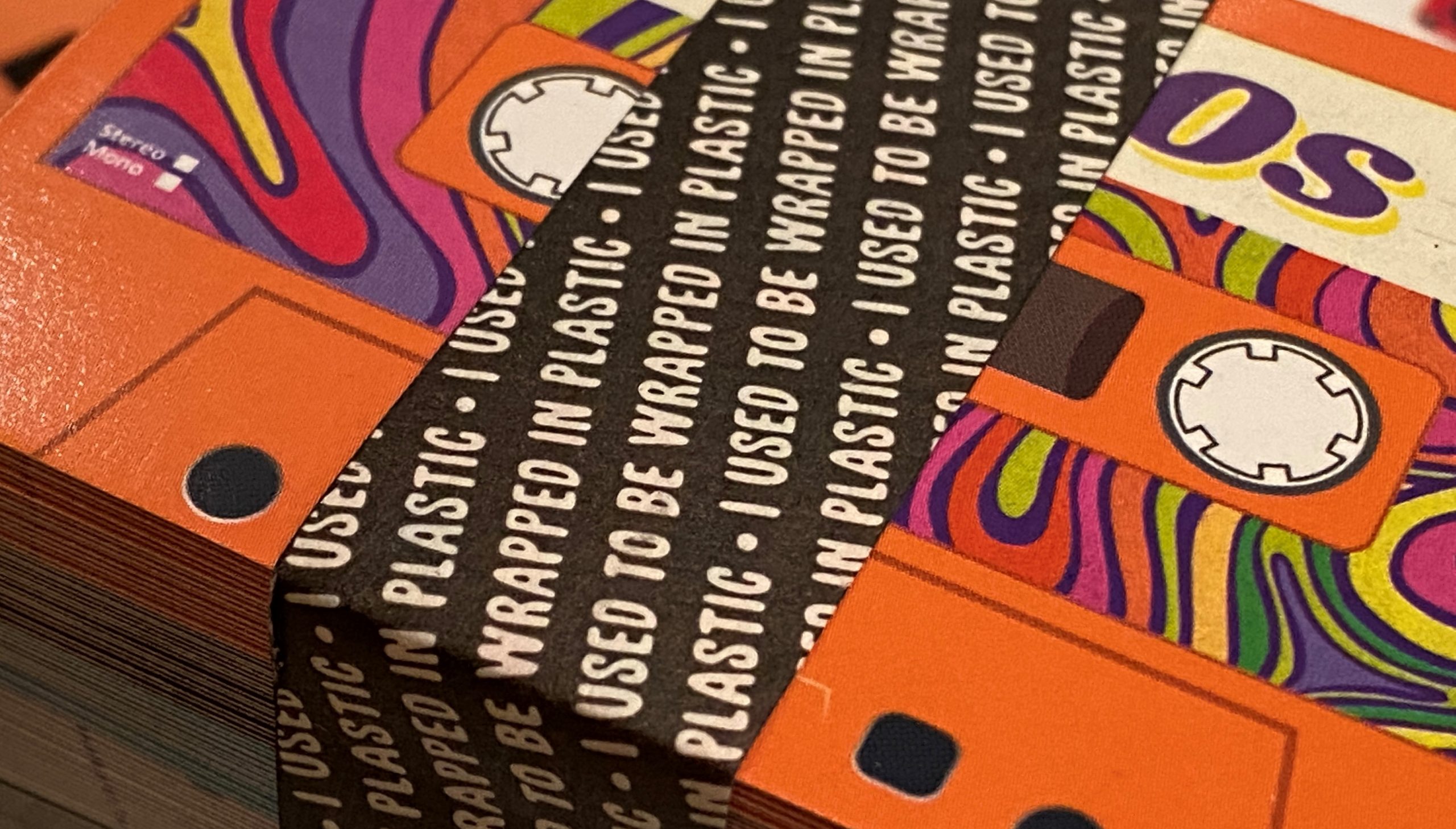 Final thoughts on Top Of The Pops

Party games for me, should be easy to learn, accessible, inclusive, sit many people, and ultimately be lots of fun. I have laughed as hard playing this as I have playing You’ve Got Crabs and Cards Against Humanity – and it’s not even meant to be a funny game. There is just something about the kazoo that makes happy memories. Top of the Pops ticks all the boxes for me.

If there was more cards included, then I think Top of the Pops would’ve made it into my hall of fame, but I am left wanting an expansion for a bevy of new cards to add in. It is thwarted by its own petard of course, as it is such a great game I want to play it lots, but that in turn means I have got through the cards.

I can’t help draw comparisons with Blockbuster, as they are practically one and the same game with different themes. The addition of the kazoos and the associated hilarity means that Top of the Pops just edges it for me, but there is certainly room for both in your party game arsenal. 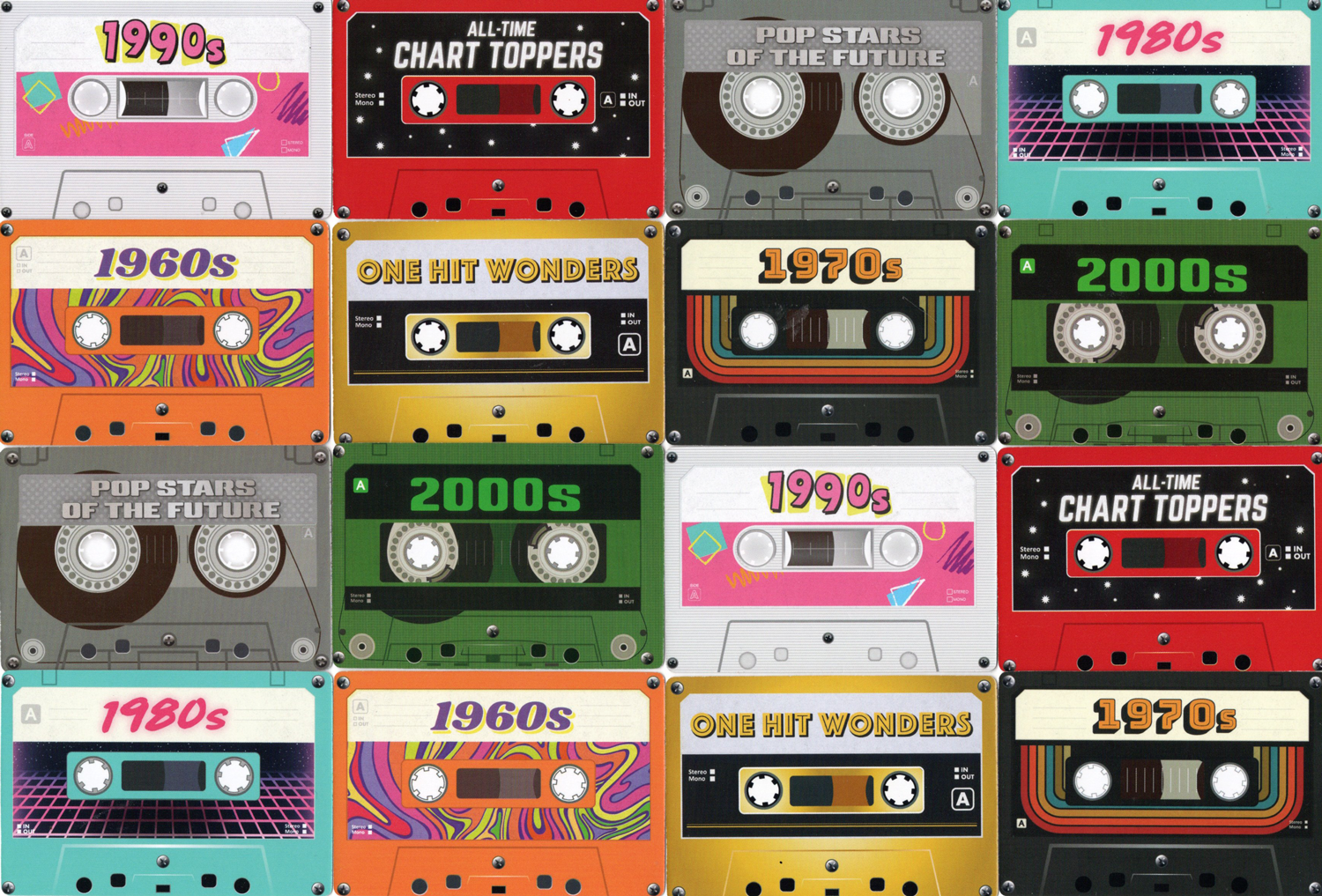 A little bit of music knowledge is required but the game can be adapted for those unfamiliar with earlier eras. Top of the Pops is a seriously entertaining party game. It ticks all the boxes for an amusing experience for all involved. The addition of kazoos is genius and one of my favourite bits about this game. Top of the Pops really does dazzle in the party game genre.

If you already own Top Of The Pops and enjoy it, or are looking for other inspiration, you might also like these similar games:

Buy Top Of The Pops

Buy Top of The Pops
from Out Of Town Games 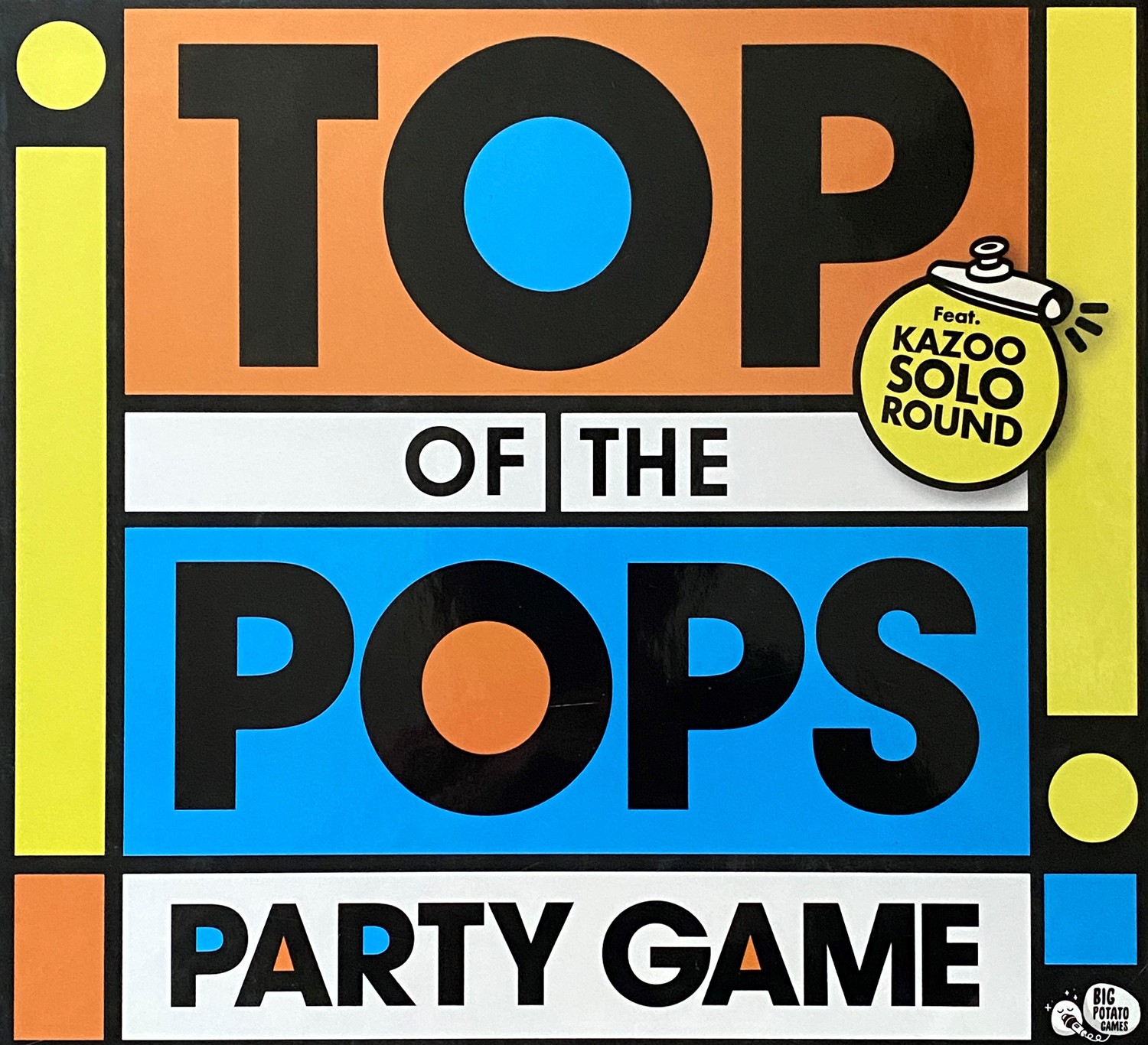 Buy Top of The Pops
from Amazon

For clarity. We don’t get paid for our reviews. We have worked with Big Potato Games before and have even had a copy of Top of the Pops to Giveaway on Instagram, but this copy was purchased out of my own personal board game fund, this has not affected our review in any way.