Buoyed by the success of getting an interview with board gaming legend Reiner Knizia. A fortnight ago, I woke up on a Saturday morning and thought it would be a good idea to tweet BBC Radio 1 DJ and TV presenter Matt Edmondson. Slightly bleary eyed, the message was sent, without thinking that Matt was probably on air!

Within only a few minutes a tweet reply came back… he was up for an interview! I’m not at my best in the mornings I must confess, but I was bouncing tigger-like around the kitchen, all whilst my wife was trying to usher me and the family out of the door for a day out!

So here you go, Board Game Review’s interview with Matt Edmondson…

Thank you so much for making time in your busy schedule to chat with me. So firstly I have to ask, how does a BBC Radio 1 DJ and television presenter come to design board games?

It does seem like a strange leap doesn’t it? It sort of happened a little bit by accident. I used to play a game with friends via text where I would send silly clues describing celebrities – doing things that rhymed with their own names, and they would text back the answers. They’d often get an alert from me saying “Blank Space singer is in an elevator!” and then I’d wait patiently for them to reply with ‘Taylor Swift is in a lift!’

It was so popular with my friends that I tried it as a silly game on the radio, and it also landed really well there. I then had the idea that it might make a fun board game, so prototyped it by writing loads of clues whilst at my in-laws – there was a lot of sport on the telly, which isn’t my thing, and I was happy to have something to do!

I have to think up formats for the Radio/TV shows I make a lot, so I’m quite used to figuring out how to flesh little ideas out, and the format for what became Obama Llama came to me quickly – it’s a sort of hybrid of the games ‘celebrity’ and ‘pairs’ with the rhyming element thrown in. 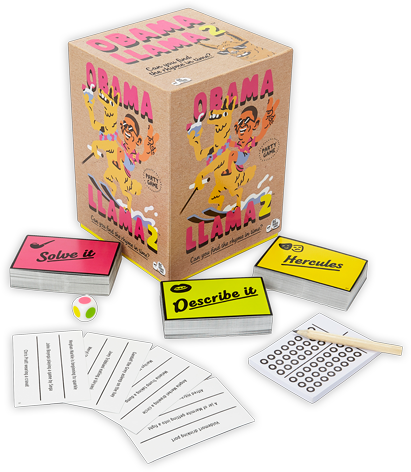 You seem to be working exclusively with Big Potato Games at the moment, how did that partnership come about?

I showed my idea to Lesley Singleton from Playtime PR who had sent me a few games in the post, and she pointed me in the direction of Big Potato Games. I already loved their existing games, and also really liked them as people. They then brought the game to life, and like a lot of things in life, once you’ve done something once, it opens the door to you doing it again, so I kept pitching them ideas, some of which they’ve also developed.

What I will say is that I think they’re brilliant at what they do. I’ve never met a nicer company, and they have done such an incredible job with my ideas. I couldn’t be happier to be working with them. I also love loads of their games that have nothing to do with me- they’ve got a great eye for a good idea! 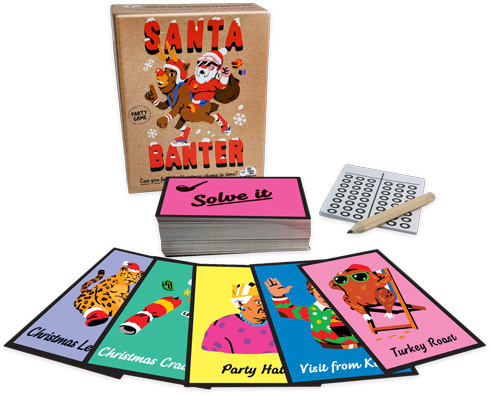 What do you think it is about Obama Llama that has made it such a popular party game?

I just loved the silliness of the rhyming. I think it’s one of those games which you can’t help but get involved in. It’s a bit like Catchphrase- you can’t watch it without trying to guess the catchphrase, and I think Obama Llama tickles a similar bit of the brain. More broadly, any charades based parlour games are always great fun – I play a version of ‘celebrity’ with my close friends at big events a lot, and I wanted to have a similar mechanic for Obama Llama, because of the sheer energy and mania it creates when played.

I believe you designed Dino Dump too?

I did! I have long played, and tried to explain the rules of the card game sh*head to new people, and have always found the fact that it uses playing cards to be a bit of an obstacle. There are so many rules to remember so I guessed that building them into the cards would solve that problem and make the game instantly accessible to anyone.

Did you have anything to do with the smell of the stickers? And have you actually worn one for any period of time?

That was a genius addition by big potato – how they make those I have no idea. They smell rather garlicky to me… I have been forced to wear them when playing the game by my nephews and nieces! 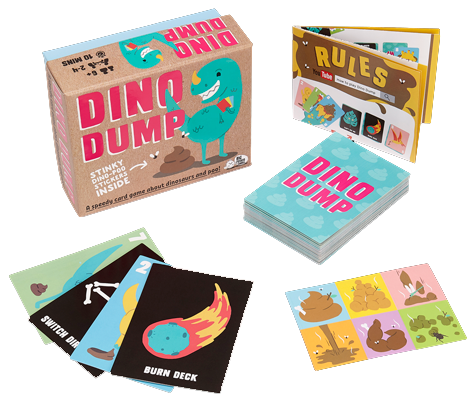 So what is your board gaming background?

I’ve always loved board and card games- usually very accessible ones, and nothing that takes up too much time. My family is very competitive; I’m the youngest, so I had to really try and step up in games of Scrabble against my sister and parents. They never let me win!

Since coming up with a few games of my own, I’ve been introduced to the wider world of games, and have discovered some absolute gems! I regularly have board game nights at my house, and I still annoy my wife by adding new games to the collection every few months.

Do you have a favourite board game you play that you haven’t designed?

Loads of them. I adore Gobbit, The Chameleon and The Mind.

You recently wrote a children’s book ‘The Greatest Magician in the World’, are there any comparisons in the creative process with designing board games?

The main comparison is finding talented people to work with. The publishers, MacMillian were world class at putting the book together, as was Garry Parsons who illustrated it. It was a very unique problem to solve, as it tied a narrative story in with tricks that all had to be flat, easy to do, made of paper or card and all different from each other. It was like trying to figure out a giant puzzle, all whilst keeping the story interesting and entertaining. I’ve not really done another project quite like it, but it was fun, and the reaction from kids who’ve read it and tried the tricks has been fantastic. 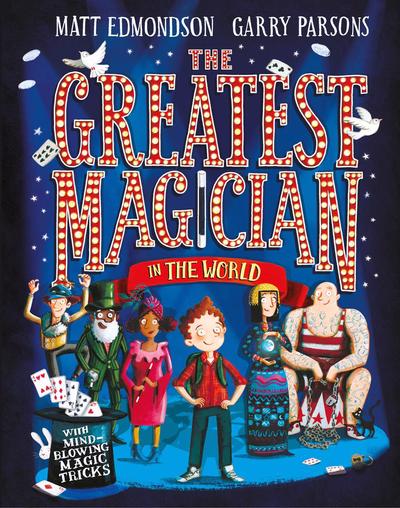 Do you have any board game related projects coming up that you can tell us about?

I’ve been ridiculously busy with some other creative endeavours, but do have a few board game bits that I need to get around to. I have a game which I’m thinking of doing a small print run of myself, just to see how it goes – it’s one I came up with for a family party last Christmas and it went down a treat, so I will hopefully get to it before the summer! I also have a few Obama Llama related ideas which I hope to get out there soon.

I saw on social media that you had a BBC board game night which made me wonder, who is the biggest celebrity you have played a board game with and what game did you play?

Well, I have a semi regular board game night at my house that Mollie King comes to. Last time we played Cockroach Poker and The Chameleon. She’s actually hosting the next one next week!

Thank you so much again for your time Matt, it has been an absolute pleasure.

The Nick & Jim Show – Episode 5: Raiders of the Lost Kazoo