Advert: this game was gifted by the designer, this has not affected our opinion.

Maybe it is just me, but family card games tend to be a bit safe when it comes to looks. You immediately think of simplified designs, some eye-catching flat colours and perhaps something childishly cartoony. That is all about to change with Bad Guy Nonsense, coming to Kickstarter soon.

You see, this is a game about super cool bounty hunters capturing fantastical bad guys in an amusing card battling duel for 2-4 players. What’s more, Board Game Review were lucky enough to get the first copy to land in the UK. We’re pretty chuffed with that! 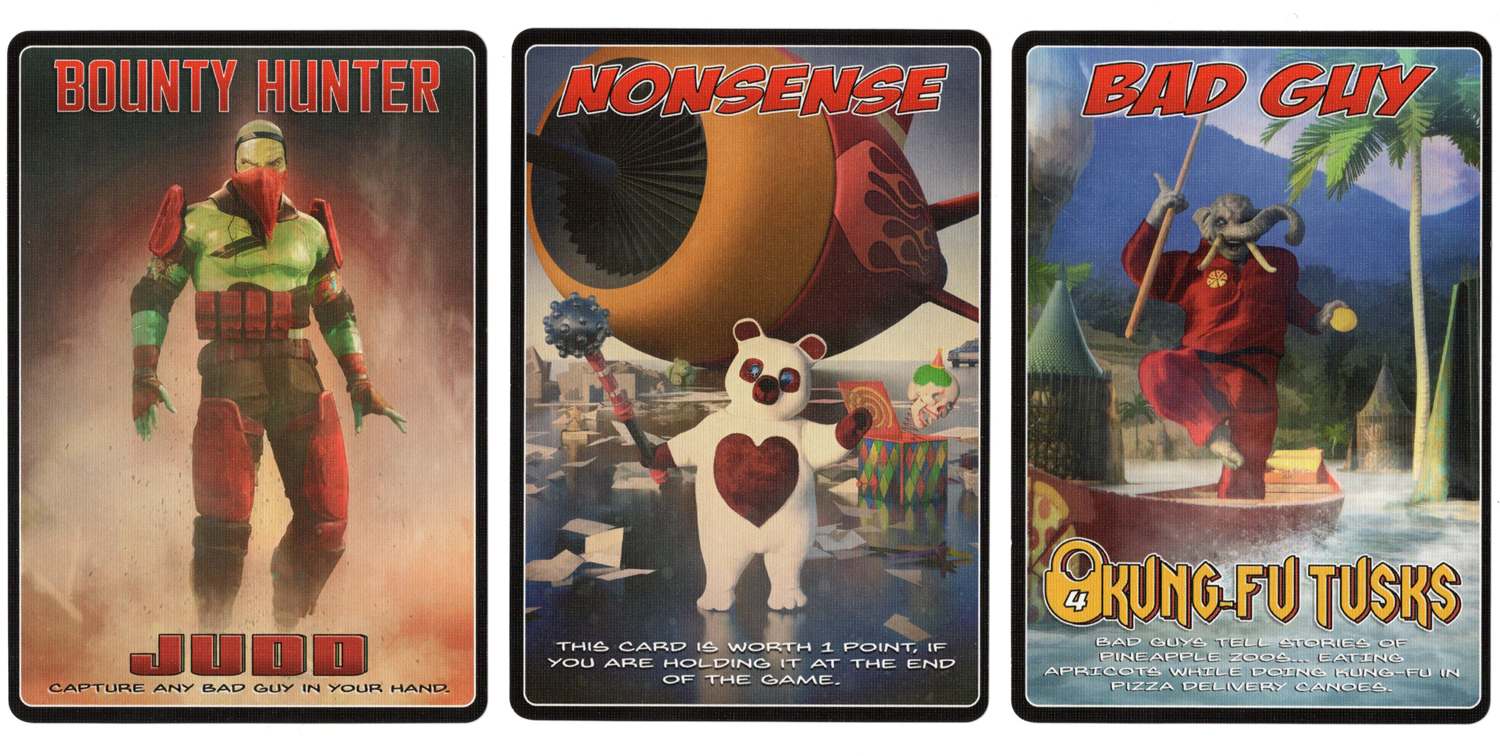 Who is behind it?

I have been following Bad Guy Nonsense on Instagram pretty much since I started. I was lured in by the awesome artwork and fun characters. These reminded me of some of my childhood favourites like Mortal Kombat, Marvel and Warhammer, yet the designs on Instagram still had a signature funky look all of their own.

Marc Rienzo is the brainchild behind Bad Guy Nonsense and discovering more about him, suddenly made the look of the game make sense. Marc is a director, VFX Supervisor and artist with over twenty years’ experience working with most of the big names in the movie industry: Marvel Studios, Disney, Industrial Light and Magic, Sony Imageworks and PDI Dreamworks. Now Marc doesn’t shout about it, but when you stalk him on his IMDB page, you see he has worked on things like Thor Ragnorak, Rogue One, Doctor Strange and Spiderman: Far from Home.

With Marc’s background and pedigree it is no surprise that the cards look so super cool. This is enhanced by them being oversized and printed on glossy linen stock. The cards really do have the wow factor! 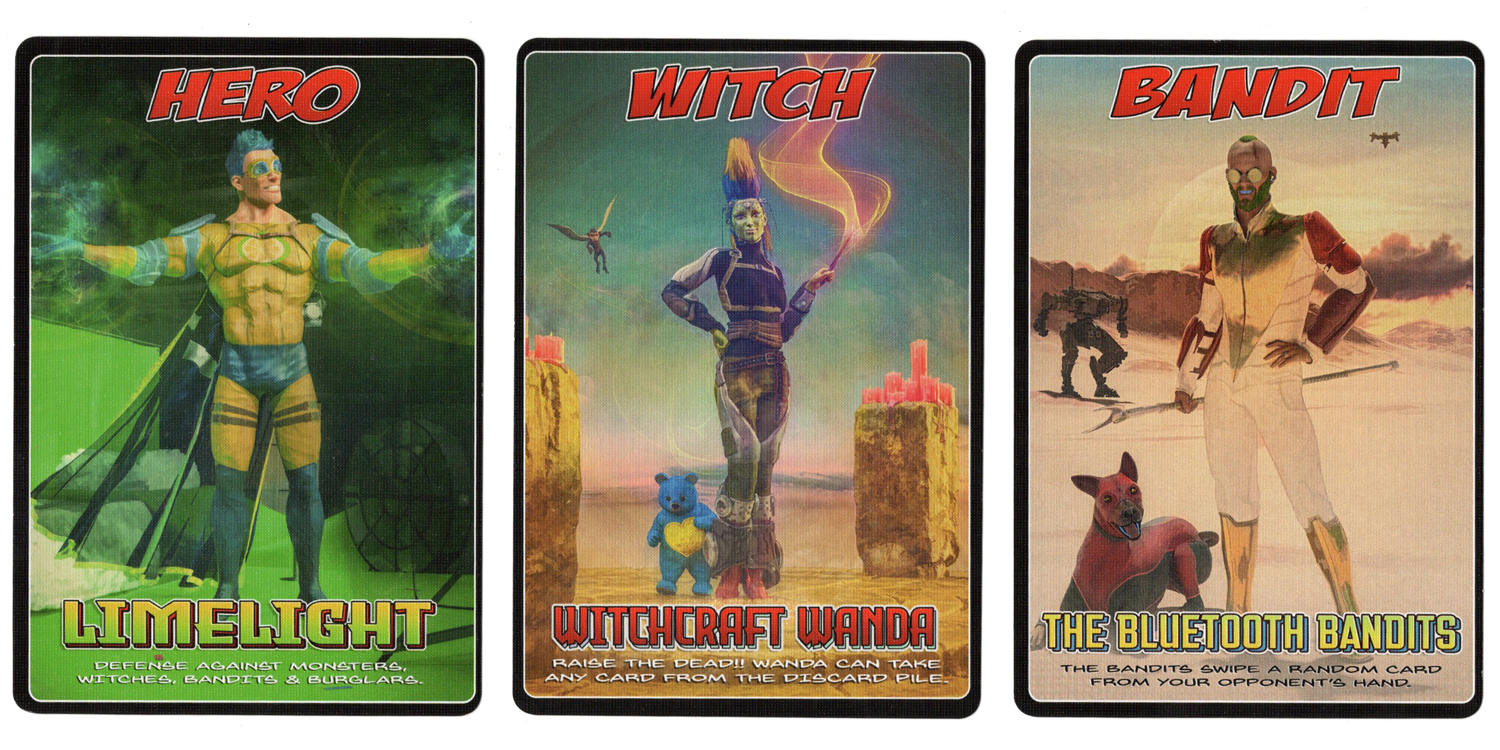 Don’t let the looks deceive you (I must confess they did me at first), this is a super friendly family card game.

In its purest form, you are drawing cards and trying to capture the bad guys with padlocks, bounty hunters or other baddies in your hand. There are twists and turns, of course, and these mostly come in the form of special cards. Namely the Burglar, Bandit, Witch, Heroes and probably the best Monster you will ever see: The Unspeakable! According to the box, he was the troublemaker that started all this Bad Guy mayhem.

Other diversions come in the form of Nonsense cards, which are just that. These lead me on nicely to the quirky humour dotted throughout the game. This fun shines through with the mini poems on the Bad Guy cards.

Oh and there is one more twist, you can draw from the top of the discard pile as well as the blind deck if you want (assuming you haven’t added to it on your go). This makes the decision of when to capture or discard more important.

The game encourages card counting and while there is plenty of luck, there is a little more strategy than first meets the eye. The box states it takes 4 minutes to learn, and it does. It says it takes about 20 minutes to play, give or take that is about right. The stated age of 8 plus should be perfect too, advanced players younger than 8 will grasp the basics with ease, but might miss out on some of the game’s subtle depths.

The Unspeakable: The Monster in Bad Guy Nonsense 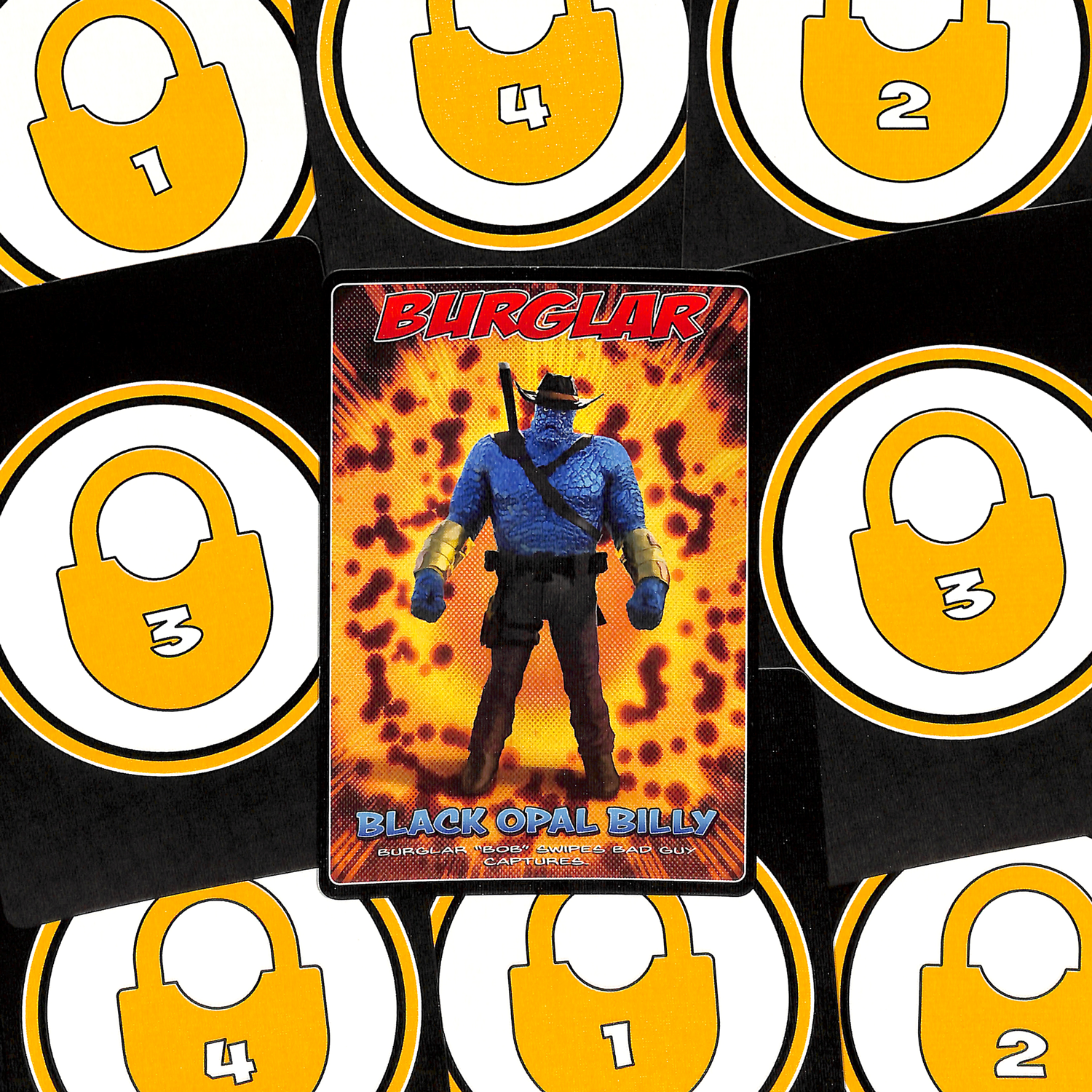 I really like that this game bucks the trend of what a family game ‘should’ look like. In a very King of Tokyo way, this game has amazing looking characters but with a lack of guns, blood and innuendo. You can tell Marc is a parent and has designed it for his family first. As a result our family have certainly enjoyed Bad Guy Nonsense.

I wish Marc and his family all the best with their Kickstarter campaign that launches on 16th June if you want to find out more visit their website where you can also obtain a print and play version of the game before you decide to back the game.