You might know this game by its pseudonym Colorolgy. It is identical in all but one way, this version does not display the American’s total disdain for the letter ‘u’ on the box and in the instructions.

Once you’ve played this game a few times you might look at the box and notice, there are two blatantly misleading statements:

Firstly, the suffix -ology is commonly used in the English language to denote a field of study. There is no study of colour in this game so budding chromatists may not be as pleased as others.

Secondly the tagline states, ‘The game that shows your true colours’. Simply put, it doesn’t, well not in the usual way.

So, can the game claw its way back from this advertising misrepresentation? Let’s find out with a review of Tactic’s game Colourolgy. 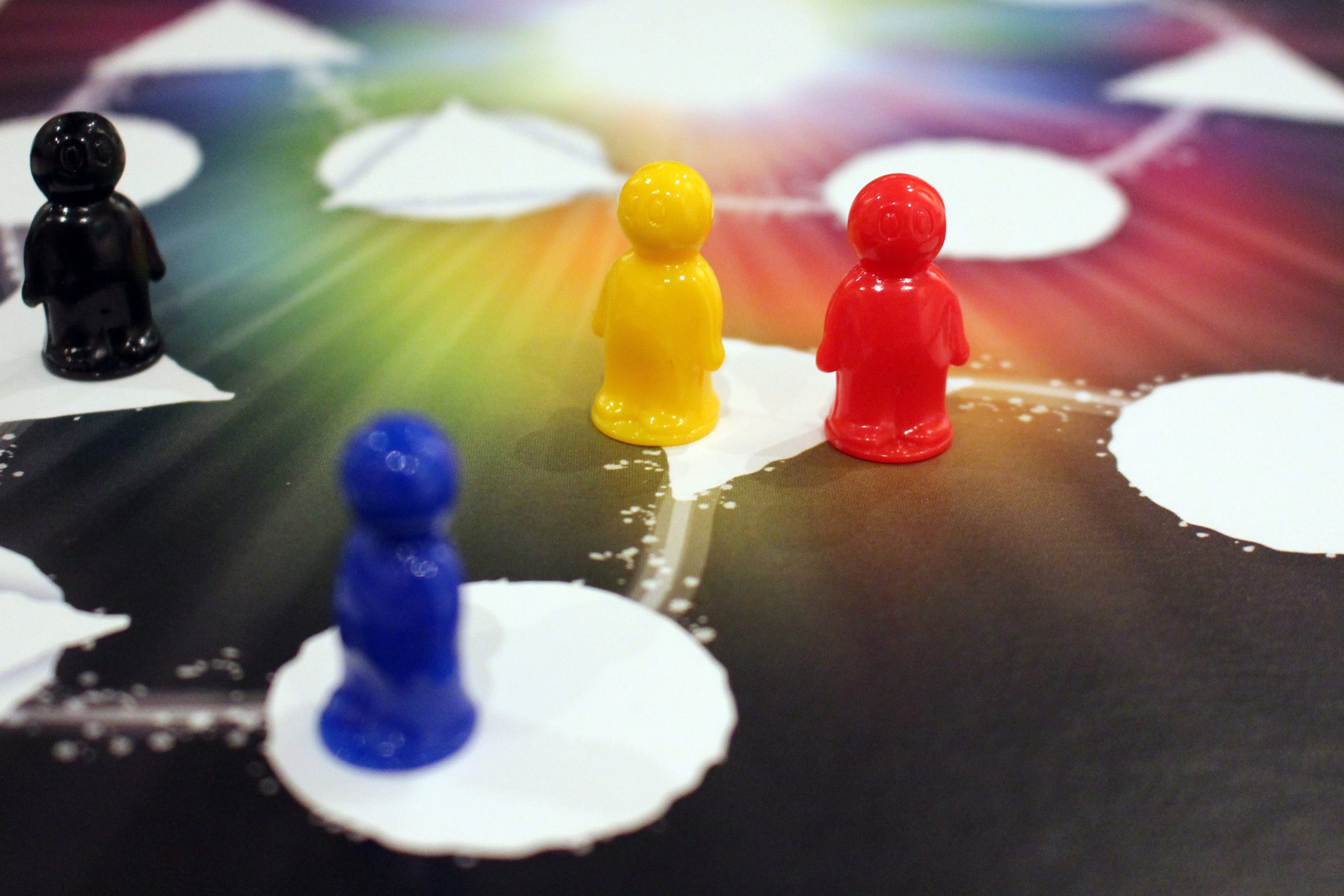 This is a 3-6 player game. More players can be included if you team up which can work well if you are playing with younger competitors. The age rating of 8+ is there or thereabouts but as mentioned, younger competitors can be included in teams quite happily. Ultimately most children at school will know their colours and therefore a number of them will be able to suggest an answer.

The game is one that is unbelievably easy to learn. You get nine cards per player, each of them displays a colour which provide you with your answers, you also get a tenth card which is basically a free pass for one round. The game board has a mix of circles and triangles on it. These correspond with two piles of Word Cards. First player to the end, wins.

The youngest player starts. This player is the first COLOURologist (a terrible name and even worse use of capital letters so we will move on swiftly). This player selects a card from the relevant pile, in the first instance this is the Triangle pile. On the card is a single word and the COLOURologist has to choose which colour they think represents the word best.

Most of the words are a little ambiguous or have two colours that represent them. For example, the word could be ‘Penguin’ but you have both White and Black answer cards (yes I know they are shades – what would a real colourologist say about that?). Other examples include ‘Hair’, ‘Smile’, ‘Fluffy’ and ‘Ancient’.

Once every player has chosen a colour the scoring begins. All players who guess the same matching colour to the person choosing the word get one point, as does the COLOURologist, if you didn’t match it correctly you stay put. However, if no one guesses the correct colour, everyone moves forward one space.

A couple of spaces have both a circle and a triangle on. These spaces mean you have to draw two circle and two triangle cards and pick one of each to create a two word phrase like ‘Shrinking Clock’, for which players have to pick one colour that sums it up.

As a family game it works, particularly if you have a bit of a mix of ages. If you sat four 8 year olds down at a table I’m not sure they would enjoy it or get very far, but with someone older too overseeing it they would be fine.

As stated above most children know their colours and have an idea of what colour something could be. Even if they don’t know, if they are the COLOURologist it is fairly irrelevant they can put down anything and someone/everyone will move forward. I do also quite enjoy hearing the reasoning from my kids why they chose white for birthdays or something random such like.

You are all playing at the same time so there isn’t any significant down time. This is good for the younger players and keeps them focussed. The pace is okay but not frantic like some other games for kids like 5 second rule or Think Words, it is a bit calmer and arguably more genteel. Games don’t last too long which is good. 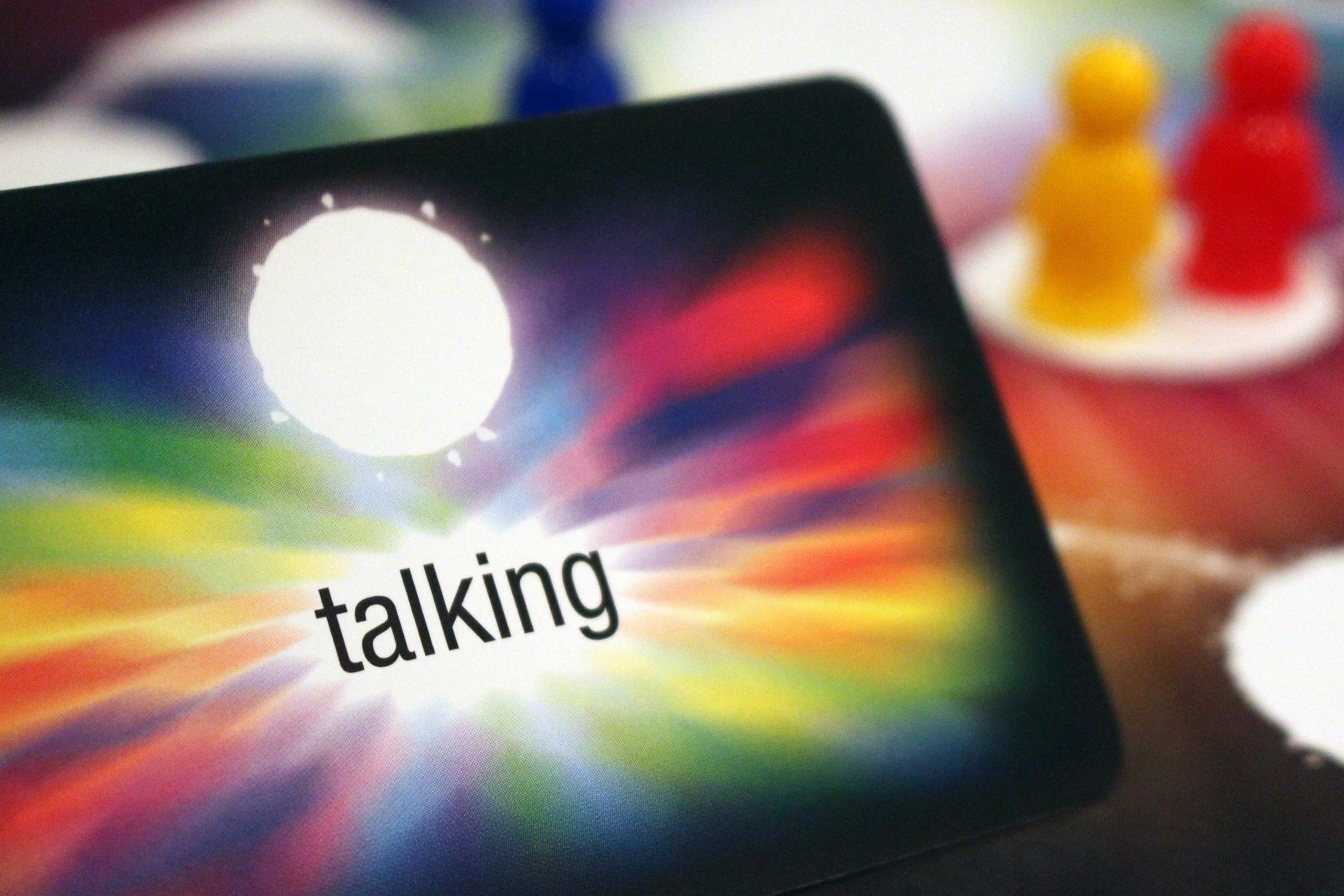 The board is very board like, it folds in half and is not very big. It has a nice rainbow spectrum on it, but for me, with a game of this type, it could be more colourful. The word cards are hardly bright and bold in their colour either. The answer cards are good enough and it is all of reasonable quality. The playing pieces that move around the board are good, they remind me a bit of jelly babies and are particularly shiny.

There is also a host of word cards so you will be able to play this game again and again – if you want to.

The box fits it all back away nice and neat, if anything it is a bit big, arguably unnecessarily so.

My wife borrowed this game off a friend and as it was floating around for the summer holidays, I played it plenty enough to review it. I must confess I went into the first game with very low expectations. It was certainly better than my expectations but only just. This was not love at first sight.

You may have picked up from reading the above that this isn’t my favourite game. Now don’t get me wrong I do like a family game and I think it is fair to say that as a family we have enjoyed playing it. My 8 year old has won as many times as I have without us going easy on him. So, in that way it is a good level playing field. Maybe not as level as something like Top Trumps Match, but it is still okay.

Now I think the real problem for me is that prior to playing this I was given ColourBrain from Big Potato Games. That ultimately is a much better, more rounded game. It is brighter, more colourful, more accurate, and is a better, less abstract quiz.

Having borrowed Colourology I won’t be rushing out to buy it. That’s not to say I never want to play it again, that is far too harsh. My kids would certainly enjoy playing it again when they visit their friends. I am however, a little spoilt for choice with better family games that I would rather play.

If you already own Colourology and enjoy it, or are looking for other inspiration, you might also like these similar games: 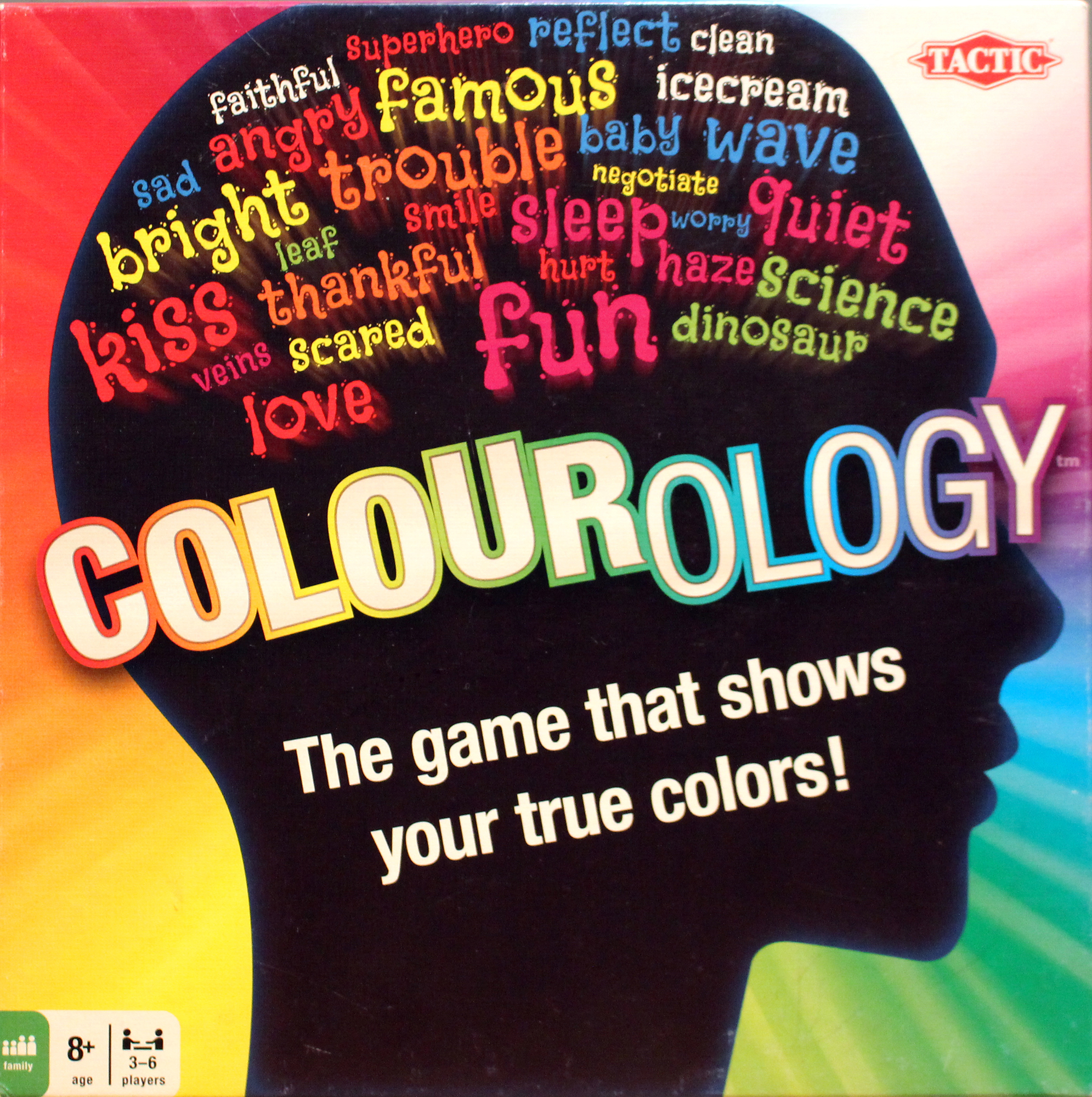